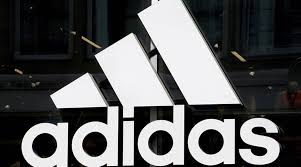 Adidas, a world giant company in sportswear, has dropped sponsorship of Kourt Zouma over the incident of animal abuse by the West ham FC defender. Zouma was filmed kicking his pet cat in his house, an incident which has received harsh reactions from RSPCA and all over the world, especially the western world.

“We have concluded our investigation and can confirm Kurt Zouma is no longer an Adidas contracted athlete,” the company stated.

Despite the fact that Zouma messed, did it warranty canceling his sponsorship by Adidas?

Zouma had offered apologies for his actions and accepted all the fines imposed on him by the club. That was already fair enough for both parties. The club had fined Zouma two-week wages, which it will donate to RSPCA.

However, the decision by Adidas Company seems extreme compared to how the company has dealt with other players (non-black players) who have misbehaved both on and off-pitch. For instance, in 2011 when Luis Suarez was a Liverpool player, spitted racial abuses at Patrice Evra of Manchester United after a clash during a match, was fined £ 40,000.

In the 2013/14 season, Eden Hazard kicked a ball-boy when Chelsea FC faced Swansea FC in an FA cup match. Chelsea was down to 2 goals and the ball-boy could not release the ball faster to the Chelsea player at the touchline. Having kicked a human being, Hazard was only handed a three-match ban as a punishment for such an inhuman incident.

Comparing the two incidents with Zouma’s, you read a lot of inconsistency and biasness by Adidas towards a black nation. In fact, on both Suarez and Hazard issues, Adidas never issued a statement or cancel deals for the two. One may ask, is animal’s life more important than human life? How many animals are slaughtered on daily basis for consumption?

A fraternity of black nation has protested Adidas actions. Many have been filmed burning their Adidas gears and vowed never to get associated with the company again, citing racial discrimination. Businesswise, despite having a range of quality products, this will be a major blow to Adidas as the majority of blacks will go for products from other manufacturers like Nike, Kappa, New Balance, Lotto, Reebok, etc

The National Origin Discrimination & Work Situations is a law that forbids discrimination in any aspect of employment, which includes hiring, firing, job assignments, layoff, promotions, training, pay, fringe benefits, and any other term or condition of employment. Adidas should extensively practice this ethical law in order to maintain its market across the race.