The Mona Lisa is a half-length portrait painting by Italian artist Leonardo da Vinci. Considered an archetypal masterpiece of the Italian Renaissance, it has been described as “the best known, the most visited, the most written about.

It is also the most sung about, the most parodied work of art in the world” and still has people asking questions.

It was produced during the Northern Renaissance. This work of art is believed to be one of the first paintings executed in oils.

It’s a full-length double portrait, and it portrays an Italian merchant and a woman who may or may not be his bride.

In 1934, the celebrated art historian Erwin Panofsky proposed that the painting is a wedding contract. The piece is said to be one of the first depictions of an interior using an orthogonal perspective.

It is to create a sense of space that seems contiguous with the viewer’s own; it feels like a painting you could step into.

The Les Demoiselles d’Avignon work of art ushered in the modern era .The oil painting was created by the Spanish painter Pablo Picasso.

It’s a piece that broke the monotony of western paintings by incorporating allusions to the African masks attributed to Picasso.

The piece is now hanging in the Metropolitan Museum of Art. The women being depicted are prostitutes in a brothel in Avinyo, a street in the artist’s native Barcelona.

4.Girl with a Pearl Earring

It is an oil painting by Dutch Golden Age painter Johannes Vermeer, dated c. 1665. Going by various names over the centuries. It became officially known by its present title towards the end of the 20th century after the earring worn by the girl portrayed there.

Arrangement in Grey and Black No. 1, best known under its colloquial name Whistler’s Mother. It is a painting in oils on canvas created by the American-born painter James McNeill Whistler in 1871.

The piece depicts an odalisque or concubine. Ingres’ contemporaries considered the work to signify Ingres’ break from Neoclassicism, indicating a shift toward exotic Romanticism.

This painted exposed Grande to criticism when he first showed it.

The Nude Maja is a name given to a c. 1797–1800 oil on canvas painting by the Spanish artist Francisco Goya.

It shows a nude woman reclining on a bed of pillows,.It was commissioned by Manuel de Godoy to hang in his private collection in a separate cabinet reserved for nude paintings.

The painting is renowned for the straightforward and unashamed gaze of the model toward the viewer. It’s among the first painting to depict a nude woman’s pubic hair. The painting elicited backlash from ecclesiastical authorities and the public.

8.Lady with an Ermine

The Lady with an Ermine is a portrait painting widely attributed to the Italian Renaissance artist Leonardo da Vinci.

It’s dated to c. 1489–1491. The work is painted in oils on a panel of walnut wood. The lady in the painting was Cecilia Gallerani, a mistress of the duke of Milan Ludovico Sforza. 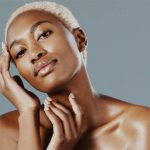