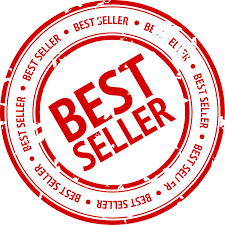 A good book is one of the best pleasures you can have in life. In our everyday life, we have some free time and what a way to spend your free time by reading a book. To consider a book as good it should check out all the lists from it teaching you, empowering, and interesting.

Here is a list of bestseller books you can read this Easter holiday.

The Alchemist is among the best seller novel in the market. It’s a novel by Brazilian author Paulo Coelho which was first published in 1988. It was originally written in Portuguese, and it became a widely translated international bestseller.

The novel is a story about a boy Santiago who embarks on a journey to seek treasure in the Egyptian pyramids. It’s a story about falling in love, knowing who you are and how to improve yourself.

Moby-Dick, or, The Whale, is a novel by American writer Herman Melville. The book was first written in 1851. It centers on the sailor Ishmael who narrates the obsessive quest of Ahab, who is captain of the whaling ship Pequod, to revenge on Moby Dick.

Who is the giant white sperm whale that bit off Ahab’s leg at the knee on the ship’s previous voyage? Ishmael says he has no need to have powerful positions, but he lets those who want to have ranks have them. The only thing he wants is to be responsible for himself.

The Age of Innocence

The Age of Innocence is a novel written in 1920 by American author Edith Wharton. In the magazine Pictorial Review, it was her twelfth novel and was initially serialized in 1920 in four parts.

The Age of Innocence novel talks about how it is difficult to separate an individual from a group. The story revolves around Newland Archer, who attributes an individual behavior to manners and moral codes.

The art of war

The novel’s major highlight is that war should be avoided at all costs. But sometimes, it has to be fought, and it should be very strategic to only have minimal damage and wastage of resources. You can p[ly the knowledge of this book at your workplace, politics, and all aspects of everyday life.

It’s a story that depicts the clash of traditional values and effects of colonial rule and the bridge between masculinity and femininity in a highly patriarchal society.

It is a brilliant novel that talks about one’s approach and a journey and not specific actions and goals .emotions and thoughts should never hinder success.

Here it stops you from blaming others or making excuses about the circumstances of your failures. The main goal is you fulfilling your journey.

To kill a mockingbird.

To kill a mockingbird is a novel written by American author Harper Lee. The novel was published in 1960 and was successful. The novel is famous in the USA as it is in their curriculum. It’s read in high schools and middle schools.

The story centers on girl Scout with her brother Jem trying to understand their father Atticus, a lawyer representing a black man accused of raping a white man. The main theme of the book is the illustration of good and evil.

The novel is a good read; it’s captivating and has great moral lessons.

The Godfather is a crime novel by American author Mario Pu. It was first published in 1969 by G. P. Putnam’s Sons.

The novel’s plot is the story of a fictional Mafia family in New York City. It is headed by Vito Corleone, the Godfather and the book’s main protagonist from his childhood to adulthood from the year 1945 to 1955.

Rich Dad Poor Dad is a book written by Robert T. Kiyosaki and Sharon Lechter. It was written in 1997.

The book emphasizes the importance of having financial literacy and independence. It also encourages building wealth by investing in real estate assets and creating your own business. It also advocates for people to have financial intelligence.

How ‘Godfather’ at 50 Remains the Best Movie of all Times

A good book is one of the best gifts you can get for yourself this holiday. It is a long holiday that can help you change the outlook of your whole life. 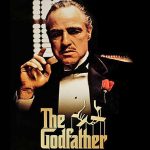 How ‘Godfather’ at 50 Remains the Best Movie of all Times 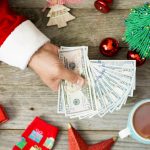 Ways of saving money during holidays.