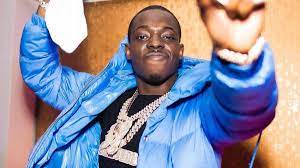 Speaking to Ebro Darden on Apple Music 1 on Tuesday (August 23), Bobby wasted no time speaking about his relationship with his fellow Brooklynite and revealed the pair have multiple songs in the stash.

“We got a bunch of collabs that got to get cleared,” Bobby said. “Hell yeah, tapes. Hell yeah, we still make music to this day.

“Last time we made a song together, like, I think last month, like two, three weeks ago. We still make songs. We got like over eight, nine songs, we could get a mixtape out right now.”

“Something we had was supposed to get cleared with somebody, it didn’t get cleared, the whole situation,” Bobby said. “I ain’t going to name the artist, because we ain’t got time for that shit.

“They tried to play that against me ’cause they wanted me to cop-out,” said Bobby during the interview last year. “They tried to use Rowdy [Rebel] against me as leverage like, ‘Aight, we gone give Rowdy twelve [years], we gone give him the max if you don’t cop out with him.’ And I’m like, ‘You gone do that to my side?’”