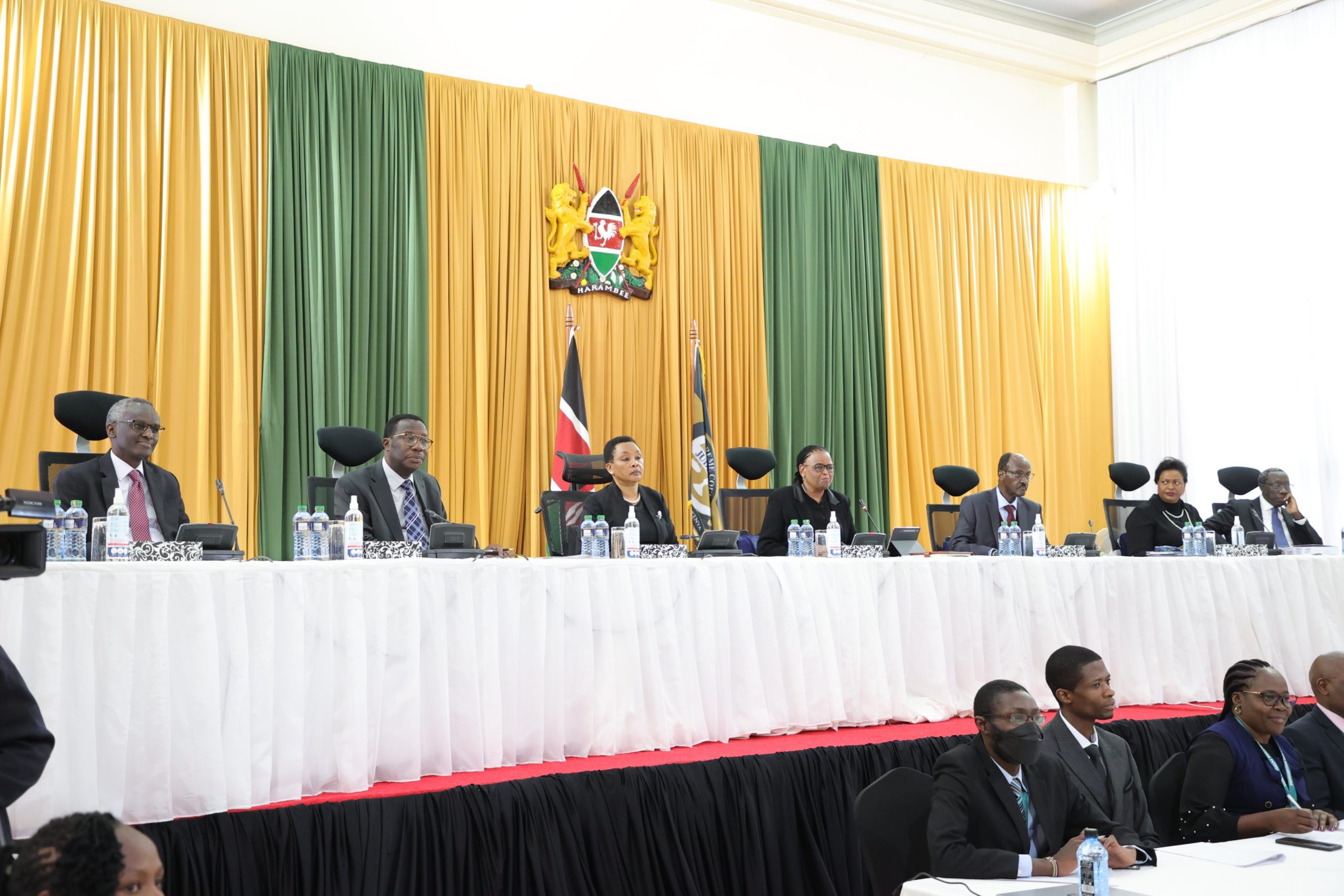 Day two of the petition wasn’t fascinating. The IEBC and Ruto teams came to play politics. At some point;

Ruto’s lead SC told the SCOK, that there should be a time that a child of a commoner. Becomes president or Chief Justice of this country.

That’s reiterating Ruto’s hustlers vs dynasties narrative. They focused on their own claim, that the petition is fiction for lack of witnesses for cross-examination.

At best, the IEBC team gave a fluent and flowing lecture on KIEMS kits. And how they are used from voter registration, identification and transmission of results.

They convinced me that the system is difficult to penetrate without authorization. Yet, the petitioners aver that the infiltration, was an IEBC inside job.

It’s in commissioner Nyangaya’s averment that unauthorized IEBC staff accessed the servers and made alterations.

Neither the IEBC nor Ruto teams controverted Nyangaya’s affidavit. They accepted the role of Venezuelans;

And claimed that they were there for maintenance of the system. But blocked them on the eve of the election.

Which petitioner can believe that? They have the capacity to penetrate it from any location on the globe.

All the petitioners need to do, is to present a sample of F34AS that were intercepted. Downloaded, altered and re-uploaded, to the system onwards to the public portal.

It’s clear the penetration was possible with IEBC officials. And employees of Smartmatic International (Venezuelans).

Another area that wasn’t much dwelled on but of significance, was the printing of an extra set of F34A. With separate and distinct serial numbers.

These were meant to substitute each other in targeted polling stations. The IEBC lecturer created more confusion. When he tried to explain the purpose of the extra set of F34A.

That they wanted more copies eligible to read than using a single form to make copies. The petitioners should find out if the same extra sets.

Were printed for the other five elective positions. If not, why only for the presidency? If yes, how were they used?

The IEBC team made a fool of themselves by trying to give a lecture on what constitutes a commission (IEBC).

They were laboring to explain the isolation of the four commissioners. They totally confused themselves on Article 238 of the Constitution.

And confirmed that Chebukati had transformed the corporate body into an Independent Office.

The ex-official (CEO) has been co-opted into the Commissioner,s without having been vetted by Parliament as Lady Judge Ndung’u observed and wondered.

The SCOK Judges gave them homework on the personnel issues, after they pleaded for time to put their heads together. The IEBC and Ruto teams pushed the Court to uphold Chebukati’s;

Choice for reason that Raila has vowed never to participate in the fresh election. If Chebukati was to preside over. In fact SC for Ruto warned that, not upholding the results may precipitate the 2007/08 PEV scenes.