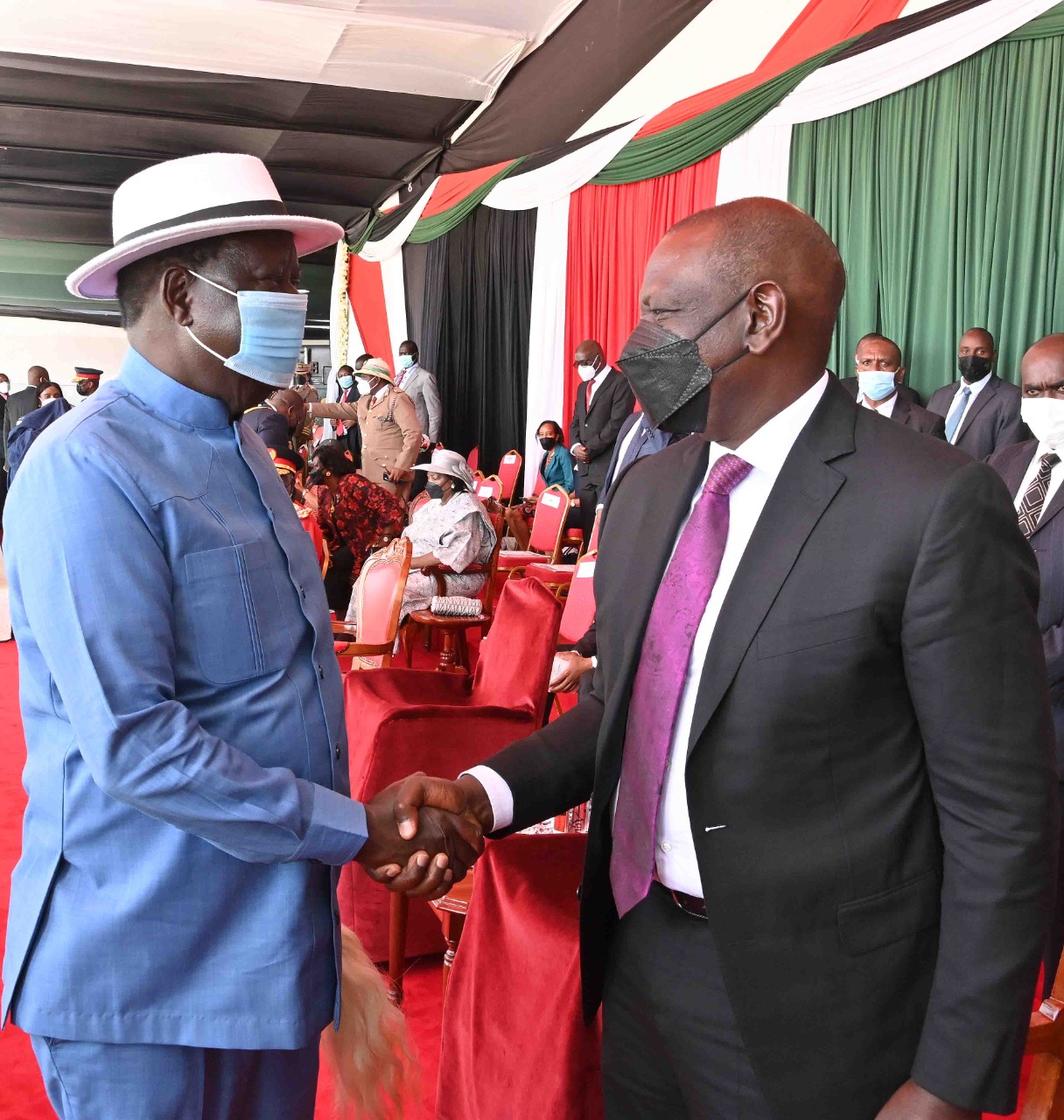 The mainstream Media has reduced Uhuru succession race to between the “Lord of Poverty” and “High Priest of Corruption.”

We must interrogate why they baptized each other with these abusive titles as a means to show why voters should keep both of them away from succeeding Uhuru at State House.

They share similarities that will make this country to remain the same if not worse in disunity and economy.

Both of them lost credibility by denying they are in early succession campaigns. They are not only doing it illegally but also using public resources at their disposal to create an uneven playing field.

That’s advance rigging of the 2022 General Elections, not only for president but also for other positions through alignment and realignments.

The IEBC Chair, Mr. Chebukati woke up from sleep last week to discover that rigging had already begun before whistling for official rigging to start.

This deceit alone disqualifies the two horses from succeeding Uhuru. We’ll be jumping from the frying pan to fire.

The two kingpins are divisive and can’t win elections without creating euphoria through negative campaign strategy to deceive the suffering gullible masses of potential voters.

The two horses can’t tolerate dissent. Both of them are political propagandists. Each of them is looking to occupy State House as a matter of life and death.

They want imperial powers in the presidency. Raila has threatened to unleash the wrath of voters on those in his backyard opposed to his brand of party nominations in ODM.

He’s declared the only obstacle (the system) of his march to State House in his four attempts since 1997 is now out of his way.

And that, his Azimio La Umoja meetings in Western, lower Eastern, Coast, Mt. Kenya Region and Rift Valley have all endorsed his fifth stab at the presidency.

The race is now for him to lose. Dissenting voices in ODM and other parties in his Nyanza backyard should style up or be punished by voters.

Yet, Raila isn’t threatened in Nyanza even if other elective seats are contested on different parties. The fear is loss of power over and control of MPs outside of ODM.

On the other hand, Ruto insists on friendly politicians folding what he calls tribal parties to join UDA. Yet, he’s still the Deputy Party Leader of Jubilee Party.

He’s not a member of UDA he calls a national party with only one MP acquired via a by-election.

He’s hoping to lead an outfit that will win enough loyal MPs in order to control Parliament if he ascends to the presidency.

The two horses are allergic to independent minded politicians. They stifle instead of growing leaders.

During the State of the Nation Address, Uhuru declared that what did not happen will happen. That’s the overhaul of the Constitution of Kenya, 2010 through the debunked BBI Bill.

The CJ is chairing the illegal multi-agency committee on electoral management preparedness from which the IEBC has withdrawn its membership.

Ruto camped in the Mountain, promising to revive Uhuru’s legacy projects that include the BBI Bill for reason it’ll benefit him.

Ruto never opposed the BBI Bill. He’s categorical he wouldn’t lead the No-camp. He’s just riding on what befell the BBI Bill in his negative campaign strategy to put across campaign messages for the presidential race.

Otherwise, he loves BBI Bill’s expanded National Executive with imperial presidency. Under Raila or Ruto presidency, the Executive grip on Parliament will be enhanced.

Parliament will rubber-stamp punitive Executive Bills more than it has happened during Uhuru’s tenure.

It’ll be worse if voters heed calls by Raila and Ruto to return the six piece suit results in the 2022 General Elections.

They both want sycophants in Parliament to continue doing the bidding for the President.

The President returns the favor by giving assent to the annual Appropriation Bills that legalize robbery of public coffers by greedy MPs to sustain lavish lifestyles.

The Constitution separates powers between the three arms of government for good reason of checks and balances of each other’s excesses.

For example, the court saved Sen. Mwaura from expulsion by Jubilee Party through flawed process. The Constitution provides for independent minds in Parliament to guarantee that MPs make laws for posterity.

Why would Raila and Ruto insist on electing for them foot soldiers (sycophants) if they mean well for the country?

Both of them are at mischief once they ascend to the presidency. Misuse of power with minimum oversight.

It’s not for nothing that both horses want voters to elect MPs they will control with ease. Whenever there’s conflict of interests, loyal MPs are whipped to amend the law to favor the Executive at the suffering of the people.

What the two horses are advocating is for the voters to vote against their own interests for the benefit of elected politicians.

They will legislate to continue with enslavement of the masses in squalid conditions as MPs/MCAs and owners of capital enjoy the fruits of high GDP.

The successor of Uhuru

The successor of Uhuru should be a patriot who can tolerate voices who dissent with a cause in their parties.

Raila and Ruto have demonstrated they can’t grow leaders. No politician can shine under their leadership. They can’t tolerate competition in ODM and the nascent UDA. That’s why Jimi Wanjigi’s ambitions through ODM are dead in the water.

Joho and Oparanya applied for nomination within the party’s timelines. Everything was shelved until Raila conducted transects across the country to gauge his popularity. No one with presidential ambitions for 2022 can join UDA.