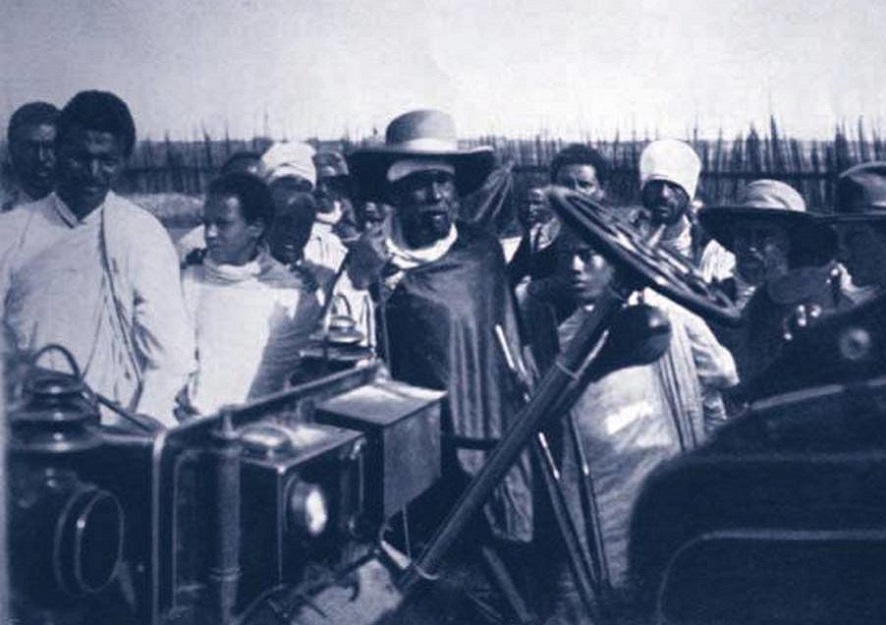 In Ethiopia, Menelik II had also begun adopting European industrial technology and modernity; he would found the first modern bank in his country and introduce the first modern postal system, telephone, and telegraph.

Amid the rivalries and suspicions, Menelik II, who had acquired European products like watches, guns and phonographs, made it known that he was interested in a car; this was in 1907. When Europeans got word of it, they began challenging themselves as to who would be the first to satisfy the wish.

Bede Bentley, a British veteran of the South African war and the occupation of Somalia rose to the challenge. Holding discussions with managers of the Armstrong Siddley company, they agreed to provide Bentley with an eighteen-horsepower vehicle, which he shipped to Djibouti before driving it through the mountains and desert to Addis Ababa.

It took Bentley and his team including a mechanic, Somali interpreter, and a brindled bulldog seven months to make the trip. Already struggling with heat, sand, thirst, wild beasts, and starvation, the team also had to face off with natives who did not want foreign machines to ruin their caravan trade. Thanks to the armed escort provided by the Ethiopian army, and caravans that gave them basic necessities, they finally arrived in Ethiopia to the joy of Menelik II.

The team presented the automobile gift to the emperor in the courtyards, a significant moment that brought out the court and its European emissaries. Menelik II, in an “enormous clergyman’s hat” and “black robes of rich silk set off with red,” inspected the automobile before Bentley chauffeured him over the good roads that had already been constructed around the capital. Sometimes going at top speeds, the emperor timed the journeys with his watch.

These rides did not begin without an “ordeal”, though. As the 1913 book To Menelik in a Motor-Car stated before the King of Kings went for his ride, Bentley gave a short lecture as to the working of the automobile with Menelik II paying rapt attention. Right after the explanation, he remarked through his interpreter, Hohler: “Yes, yes. He does not look like an anarchist who has come all this way to kill me; and the machine does not seem so very dangerous, as I have been told.”

“I have been told almost daily for the past month, that the moment I sat in the car I should be blown up. When I said I thought that was foolish, for those in the car would be blown up with me, I was told that perhaps, instead of blowing me up, I should be driven over a precipice and that those who drove the car had practiced jumping off at the last moment,” the 62-year-old said while assuring Bentley that he did not think he looked like one who could do any of those things.

To see the car in action, two members of the court were chosen; they were taken to the marketplace place and back, about two miles off. Throughout the trip, they “clutched nervously at the sides of the car and at each other absolutely speechless from fright,” according to the 1913 book by Clifford Hale.

“Wells, nothing loath, responded with full-speed ahead, and presently they were flying along on top speed, for Wells, watching the august presence beside him with one eye, to see how much he could stand, gradually let the car out to full throttle, and the old Emperor sat laughing and puffing for breath, with his goggles eyes streaming, as happy as a schoolboy, while the now galloping escort was left somewhere on the horizon.” 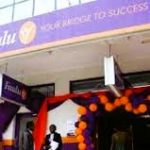 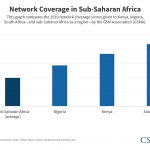 Africa on the digital marathon line….all trade to go online