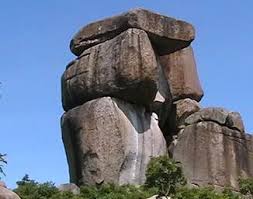 ‘The Society to Save Rocks’ was formed by a group of artists, photographers, and environmentalists in Hyderabad. It has been doing a great service by working to save the city’s and the surroundings’ unique, rocky landscape, against real estate forces.

The society is composed of artists, photographers, and environmentalists, and celebrates its 25th anniversary this year. It wants to impress upon landowners, developers, and the government that our beautiful granite boulders can and should be preserved.

Hyderabad is a city with a deep cultural history – but it is an equally important place where you can learn natural history by watching and talking to the rocks, as geologists are wont to do. Every rock has a story to tell if we know how to decipher it.

Within the unique composition and arrangement of materials that compose different rocks, one can find the signatures of the processes that formed them – representing various chapters in Earth’s dynamic history.

The story of Earth starts around 4.5 billion years ago. Studies have found that some rock types around Hyderabad are up to 2.5 billion years old – a time that saw the emergence of continental crust with a granitic composition, dominated by lighter minerals – in contrast to the darker basaltic rocks that typically floor the oceans.

This profound change in crustal composition coincided with the changes in Earth’s tectonic regime, especially the initiation of the movement of continental plates.

The magma oozing out from the crustal depth solidified at the upper levels and became the ancient crustal nuclei occupying the central part of continents. Their immense age implies their exposure to multiple crustal and climatic processes, leading to repeated cycles of land emergence and erosion.

The exposed granitic basement developed horizontal and vertical cracks and was sculpted to its present spectacular forms. This timeless process of change is known in geology as weathering. 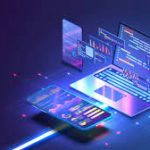 Is Technology Really Worth It?