Kakamega, Migori, and Kitale airstrips are expected to resume their operations in March, coming as a boost for travel, business, and tourism, among other benefits in the region.

The airstrips will start receiving flights after a wait of over one year due to rehabilitation works that are in the final stages. For instance, the Kakamega Airstrip was commissioned by H.E. President Ruto yesterday, and it’s now ready to kick off its operations.

A total of Sh.705 million has been spent by Kenya Airport Authority (KAA) for the upgrading of the three airstrips: Sh.174 million for Kakamega, Sh.310 for Lichota Airstrip in Migori, and Sh221 million for Kitale Airstrip.

Also read: What Are The Socio-Economic Benefits of Nairobi Expressway as Government Sets to Open It In April?

Selina Gor, KAA Western region manager, had earlier stated that the Kakamega Airstrip was being upgraded to accommodate larger aircraft.

“The rehabilitation works at airstrips are complete. The one in Kakamega will accommodate medium-range aircraft with a capacity of 40 passengers,” said Gor.

After the resumption of operations, the rehabilitation will help in decongesting the Kisumu International Airport, which has been handling most of the flights in the region.

Other than travel, Migori and Kakamega airstrips will be instrumental in the promotion of tourism, while the Kitale facility will be key in the transportation of horticultural products. 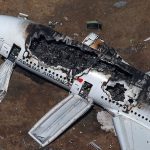 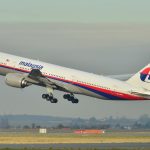