First, you have to know the real meaning of a relationship so as to how to manage it.

Have you ever wondered what the ‘ship’ in ‘relationship’ means? It refers to the fact that a relationship can either float or sink. Okay, that isn’t entirely true, but it’s a useful way to think about the effects of pressure in a relationship.

What kinds of pressures exist in a relationship?

Internal pressures can come from things like differences in culture or age, jealousy, lack of compromise, and unreasonable or unfulfilled expectations.

External pressures can come from people or factors outside of the relationship itself, such as study or work, illness, money, family, and friends.

Tips on keeping your relationship to float

Work out what pressures, internal and external, are affecting your relationship. Then, when you’re ready, try some of the following strategies to help relieve the pressure and keep your relationship afloat.

We have smartphones and airplanes, and yet there’s still no device that helps us to read minds! So, the next best thing is to communicate by using words.

How is your partner supposed to know what’s wrong if you don’t tell them? If something is bugging you, let them know in a calm manner. You can then try to resolve the issue together.

Always learn to control your desires because you can’t always get what you want anytime you want. It might be hard to accept that someone you’re close to doesn’t care about all the same things you do. But, as with everything, compromise becomes easier with practice.

Sometimes the best thing for a couple is to spend some time away from each other. After all, you can’t miss someone if they’re always around.

It’s almost impossible to work things out in a mature fashion when one of you is angry. You’re more likely to say something unkind that you’ll later regret. Try to change the topic of conversation, or walk away and revisit the issue later on when you’re both feeling calmer. 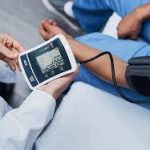 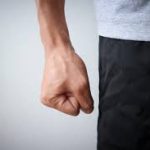 5 ways to deal with anger 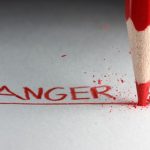 Struggling with anger issues ;try these 6 tips to control