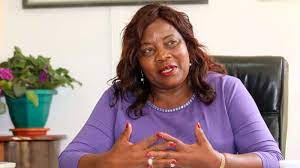 Today is Ida Odingas 72nd birthday.She has received many Birthday messages, but the one that tops them all is from her Husband, the Presidential candidate of the Orange Democratic Party under the Azimio la Umoja coalition party Mr. Raila Amolo Odinga wrote.’You are by far the best thing that ever happened to me.Your strength ,resilience ,wisdom and prayers have brought our family far.Happy birthday my dear Ida Betty.

Ida is a known successful businesswoman mentor, educator, and activist.

But who is Ida odinga? The woman who has been with Raila all through his wins and loses.

She is the daughter of Nehemiah Ayoo, a medical doctor in Kisii town who died while she was 7 years old, and her mother, Rose Ayuya ,a nurse.

Ida married Rila Amollo Odinga on September 1, 1973. She met Raila at the University of Nairobi, where she was pursuing her Bachelor’s degree.

They have four children, but their firstborn, Fidel Castro Odinga, died in 2015. Her other three children are Rosemary Odinga, Winnie Odinga, and Raila Odinga Junior.

She is an alumnus of Ogange high school and recently held fundraising where she raised 300 million for a library.

Ida Odinga attended the University Nairobi ,where she graduated with a bachelor’s degree in 1973.She was 24 years old.

Founder and chairperson of the League of Kenya Women voters in 1991.She founded it with the intention of propelling women into the political arena.

Champion for women and children’s rights and general health of Kenya.

Managing director of East African Spectre a liquified gas cylinder manufacturing company in 2003, making her the first woman to head a major company in Kenya at that time.

A powerful woman in Kenya

The standard newspaper once listed Ida Odinga as the most powerful woman in Kenya.

Her run-in with the government

When her husband Raila was detained in 1982 as a political prisoner. Ida Odinga was fired from teaching at Kenya high school due to her husband opposing the then government headed by President Daniel Arap Moi.

Ida also raised her children single-handedly while Raila was in detention.

Ida Odinga is a woman who oozes power in what she is doing. She is a great mentor and a resilient woman. 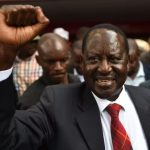