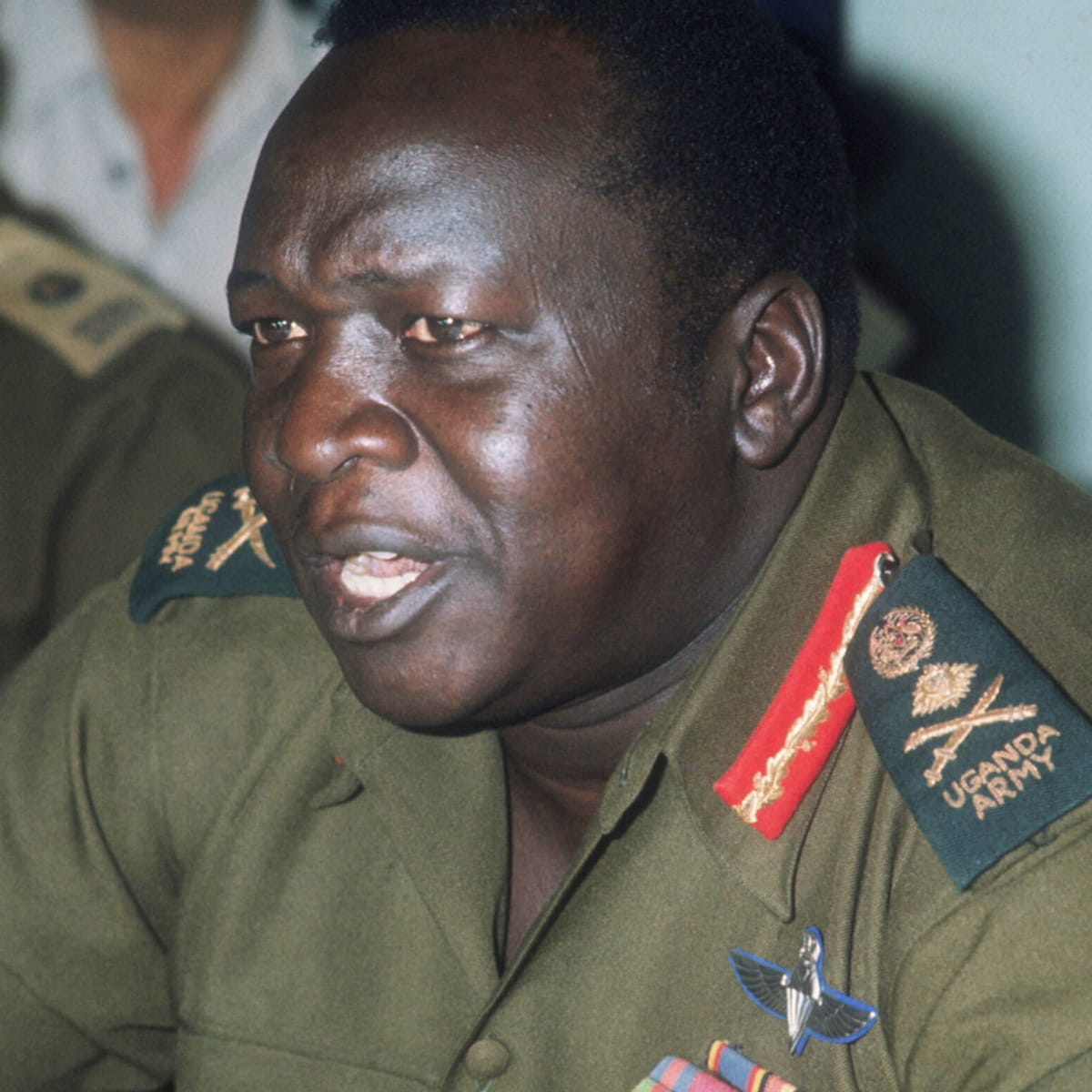 He ruled as a military dictator and considered one of the most brutal despots in world history. Idi Amin was born in Koboko to a Kakwa father and Lugbara mother.

In 1946, he joined the King’s African Rifles (KAR) of the British Colonial Army as a cook. He rose to the rank of lieutenant.

Taking part in British actions against Somali rebels in the Shifta War and then the Mau Mau Uprising in Kenya.

Uganda gained independence from the United Kingdom in 1962, and Amin remained in the army, rising to the position of major.

Appointed commander of the Uganda Army in 1965, he became aware that Ugandan President Milton Obote was planning to arrest him. For misappropriating army funds.

He launched the 1971 Ugandan coup d’état and declared himself president. During his years in power, Amin shifted from being a pro-Western ruler enjoying considerable support from Israel.

In 1972, Amin expelled Asians, a majority of which were Indian-Ugandans, leading India to sever diplomatic relations with his regime.

In 1975, Amin became the chairman of the Organization of African Unity (OAU), a Pan-Africanist group designed to promote solidarity among African states.

Uganda was a member of the United Nations Commission on Human Rights from 1977 to 1979.

The UK broke diplomatic relations with Uganda in 1977, and Amin declared that he had defeated the British and added “CBE” to his title for “Conqueror of the British Empire”.

In the late 1970s, unrest against his persecution of certain ethnic groups and political dissidents increased.

This was along with Uganda’s very poor international standing due to Amin’s support for the terrorist hijackers in Operation Entebbe.

He then attempted to annex Tanzania’s Kagera Region in 1978. The Tanzanian president Julius Nyerere ordered his troops to invade Uganda in response.

Tanzanian Army and rebel forces successfully captured Kampala on 11 April 1979 and ousted Amin from power. Amin went into exile, first in Libya, then Iraq, and finally in Saudi Arabia, where he lived until his death on 16 August 2003.

International observers and human rights groups estimate that between 100,000 and 500,000 people died under his regime.

On 19 July 2003, Amin’s fourth wife, Nalongo Madina, reported that he was in a coma and near death at the King Faisal Specialist Hospital.

And Research Centre in Jeddah, Saudi Arabia, from kidney failure. She pleaded with the Ugandan president, Yoweri Museveni, to allow him to return to Uganda for the remainder of his life.

Museveni replied that Amin would have to “answer for his sins the moment he was brought back”.

Amin’s family eventually decided to disconnect life support, and Amin consequently died at the hospital in Jeddah on 16 August 2003.

He was buried in Ruwais Cemetery in Jeddah in a simple grave, without any fanfare. After Amin’s death, David Owen revealed that during his term as the British Foreign Secretary (1977 to 1979), he had proposed having Amin assassinated.

He has defended this, arguing: “I’m not ashamed of considering it, because his regime goes down in the scale of Pol Pot as one of the worst of all African regimes”.

A polygamist, Idi Amin married at least six women, three of whom he divorced. He married his first and second wives, Malyamu and Kay, in 1966.

Malyamu was arrested in Tororo on the Kenyan border in April 1974. With an accusation of attempting to smuggle a bolt of fabric into Kenya.

The Death of Amin’s Second Wife

In 1974, Kay Amin died under mysterious circumstances, with her body found dismembered. Nora fled to Zaire in 1979; her current whereabouts are unknown.

The wedding took place during the Organization of African Unity (OAU) summit meeting in Kampala, and the chairman of the Palestine Liberation Organisation, Yasser Arafat served as Amin’s best man.

Before she met Amin, Sarah was living with a boyfriend, Jesse Gitta; he vanished and it is not clear if he was beheaded, or detained after fleeing to Kenya.

The couple had four children and enjoyed rally race driving Amin’s Citroën SM, with Sarah as navigator. Sarah was a hairdresser in Tottenham when she died in 2015.

His last known child, daughter Iman, was born in 1992. According to The Monitor, Amin married again a few months before his death in 2003.

A rebel group opposed to the government of Yoweri Museveni. In 2005, he was offered amnesty by Museveni, and in 2006, he was appointed Deputy Director General of the Internal Security Organisation.

Another of Amin’s sons, Haji Ali Amin, ran for election as Chairman (i.e. mayor) of Njeru Town Council in 2002 but was not elected.

In early 2007, the award-winning film The Last King of Scotland prompted one of his sons, Jaffar Amin (born in 1967), to speak out in his father’s defence.

Jaffar Amin said he was writing a book to rehabilitate his father’s reputation. Jaffar is the tenth of Amin’s 40 official children by seven official wives.

Among Amin’s closest associates was the Briton Bob Astles. Isaac Maliyamungu was an instrumental affiliate and one of the more feared officers in Amin’s army.