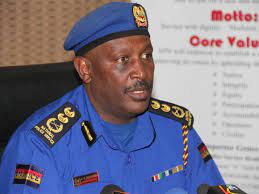 In a tweet, Mutyambai said that the online session had to be pushed due to a national engagement.

The postponement comes in the wake of claims that the police denied claims that they were “hiding facts about last week’s accident,” which involved a senior police officer’s son.

“That he is a son to the Inspector General does not count in this matter,” he said. “We are investigating [the matter] without any bias.”

“Due to national engagement, #EngageTheIG has been postponed to a later date,” he tweeted.

Mr. Omukata further said that “a senior officer they are referring to is absolutely not directly or indirectly interfering with any process of investigations.

George Kinoti, Noordin Haji, and Hillary Mutyambai, have been in office for a combined period of 4,232 days, What have they done?