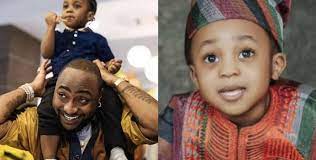 The police spokesman said anyone found culpable of the child’s death after a thorough investigation would be arrested.

“It is true, the child is dead. About eight people were brought in for questioning and we are investigating the matter. Anyone found culpable in the death of the child would be arrested,” Hundeyin said.

the kid drowned in a pool at his father’s house in Banana Island on Monday while his parents, Davido and fiancee, Chioma Rowlands, were in Ibadan, Oyo State, for a family gathering.

Multiple reports on Monday alleged that Ifeanyi drowned in a pool at Davido’s house in Banana Island, Lagos State.

The youngster was reportedly rushed to a nearby hospital after the incident.

Amid fears of Davido’s fans, an ally of the singer, Eniola Badmus, posted a now-deleted image of heartbreak, suggesting a sad event occurred.

Nigerian entertainers have sent condolences to Davido and Chioma Rowland over the death of their son.

Actor Williams Uchemba wrote on Instagram: “I said I won’t believe anything on social media until I personally confirm myself. I prayed for it to be a lie. I am upset, pained, and confused. Nobody deserves to feel this pain.

“Please say a prayer for David, Chioma, and the entire family. Nobody deserves this kind of pain. Rest up little one.

However, Davido or anyone from his camp are yet to react to the development hours after the rumor of Ifeanyi’s death spread on social media.

stay tuned for more updates on Davido only @thebigissue.co.ke 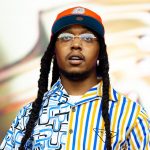