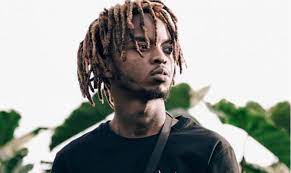 Kenya’s music producer Magix Enga has revealed that he joined Illuminati at 23 to gain fame and wealth.

He opened up about joining the Illuminati during an interview with YouTuber Ali.

Magix Enga revealed that he joined the underworld community due to the tough life he was living back at their home.

“That Illuminati thing is real and people should stop joking about it. I joined when I was 23 years old now am turning 30.”

Akaniambia anaweza nilink na big musicians wamepitia through me na wakakuwa successful and the first musician that she linked me with through the phone ni DJ Khaled,” he said.

Enga explained that he did not give any human sacrifice to pay for the good life he had. He said that the only sacrifice he gave was his blood.

Nijitoa mimi kama sacrifice,” he said while showing the interviewer some of the scars on his body.

Enga said things started becoming too much for him and he found himself falling back to his previous prayerful self.

Enga further revealed that he has since left the group and is now saved.

He noted that coming out of Illuminati came with a price as he had to lose everything that he gained while in it as well as getting involved in a serious car accident.

The producer now says he is currently fighting to regain his life and advises young people to be patient in the road towards finding success. 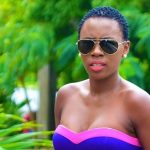 Who has Kim Kardashian dated before Kanye West? 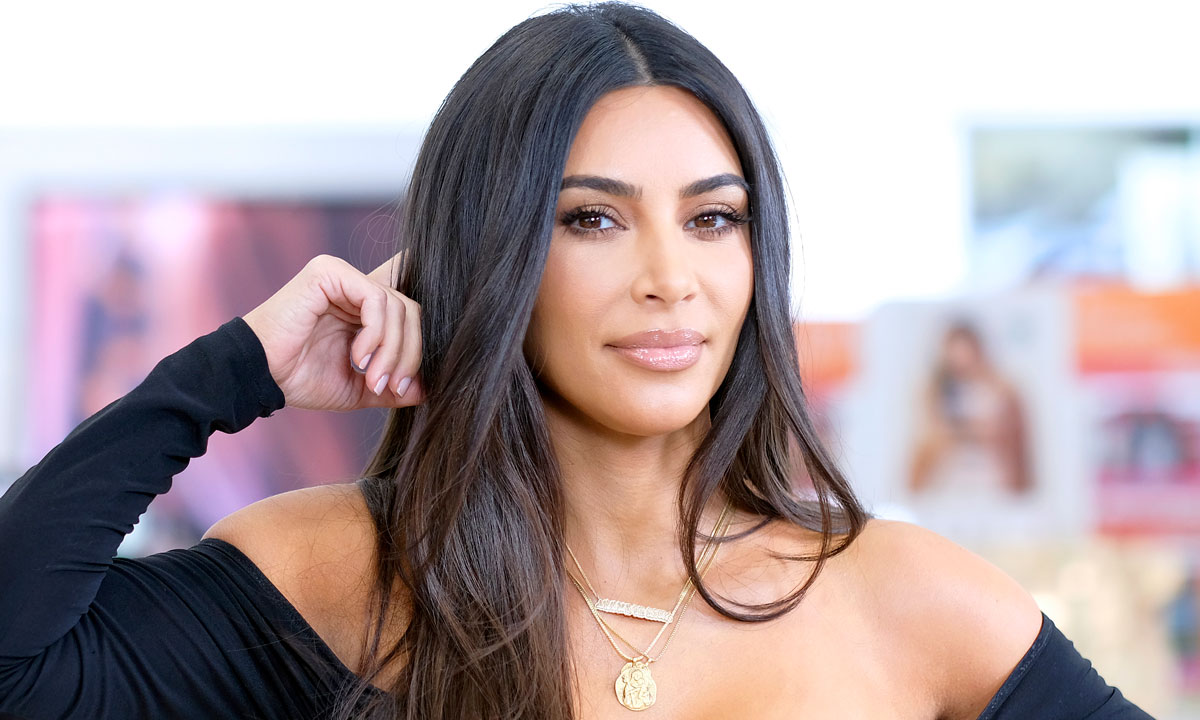 Kim Kardashian‘s personal life has been in the spotlight for decades, no matter who she’s dated or married.

Kim Kardashian is reportedly dating Pete Davidson, after filing for divorce from Kanye West after six years of marriage.

The Keeping Up With the Kardashians star has had quite the ride down relationship road, and we’re taking you on a trip back to where it all started.

She has since revealed she was high on ecstasy during the ceremony.

Kim dated R&B singer Ray J, Brandy Norwood’s younger brother, from 2003 to 2006, as her divorce from Damon Thomas was being finalised.

A year after their split, a sex tape of Kim and Ray J titled Kim Kardashian Superstar leaked online, which catapulted Kim into the limelight.

They were together for about three years, which were “highlighted” by a sex tape that was leaked and released by Vivid Entertainment.

Kim denied any involvement with the tape’s distribution. She sued and settled with Vivid Entertainment, who reportedly paid millions for the footage, for $5 million.

After her three-year relationship with Ray J broke down, Kim began dating rapper and television host Nick Cannon in late 2006.

They split in January 2007, one month before Kim’s infamous sex tape with Ray J leaked. Years after their split, Cannon explained how their relationship broke down after she lied to him about the existence of the tape.

Kim dated NFL player Reggie Bush from 2007 to 2010, her first relationship documented on Keeping Up With The Kardashians.

The couple briefly split in 2009, but later reconciled before finally breaking up a year later.

There was scuttlebutt about the two reuniting, and apparently, up until her August 2011 wedding to Kris Humphries

In October 2010, Kim began dating NBA player Kris Humphries, who was playing for the New Jersey Jets at the time. Seven months later, the pair were engaged.

Their whirlwind wedding was the centre of a two-part television special and reportedly cost around $10 million.

She later explained that she felt pressured to marry Humphries , Kardashian added, “I knew on the honeymoon it wasn’t going to work out.”

However, after just 72 days of marriage, Kim filed for divorce from Humphries, citing irreconcilable differences , which was finalised in 2013.

A year later, West proposed to Kim inside a baseball stadium in San Francisco, and the pair married at Fort di Belvedere in Florence, Italy in 2014.

They share a mansion in Calabasas, California worth around $60 million, as well as various other properties including West’s $14 million ranch in Wyoming.

Kardashian officially filed for divorce from West in February 2021 after 6 years of marriage and a judge declared her legally single in March 2022.

While West admitted he still wanted to be with “wife” Kardashian despite their split, the makeup mogul was wooed by comedian Pete Davidson following her “SNL” hosting gig in October 2021.

They were later spotted holding hands on a rollercoaster at Knott’s Berry Farm in Buena Park, California.

By November, she was seen in his native Staten Island, where they enjoyed back-to-back dinners.

It was  confirmed on Nov. 18 that Davidson and Kardashian are officially a couple and are still together till date . 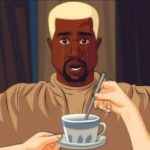 Kanye West gets unfollowed by Kim Kardashian on Instagram 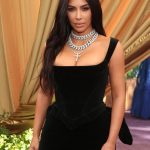 By Tuesday night, Sauti Sol had 905,000 YouTube subscribers but were at 903,000 subscribers on Wednesday morning.

On Monday, May 16, 2022 Sauti Sol threatened to sue Azimio for using their song Extravaganza during an event that saw the Alliance unveil Martha Karua as Raila Odinga’s running.

The group pointed out that the act of Azimio using their tune without consent is blatant copyright infringement as directed by Section 35, CAP 170 of the Copyright Act of Kenya.

However, Raila Odinga through his party – the Orange Democratic Movement (ODM) – argued that playing the song was show of love to the music group.

ODM’s statement elicited mixed reactions with everyone picking sides and some chose to understand what the law says about copyright infringement. However, Sauti stood firm and said they will always fight for their rights.

“Y’all are crazy. I’m reading comments on Twitter. Our education system is failing us. Too many ignorant keyboard warriors. The same guys stealing from us will steal from you,” wrote Bien.

Bien added that they will never back down from doing what is right saying, ‘intellectual property will and should be respected.

On Wednesday, the Music Copyright Society of Kenya (MCSK) CEO Ezekiel Mutua issued a statement explaining that Azimio La Umoja One Kenya Coalition party is free to use Sauti Sol and other artiste’s sound recording during their political events. 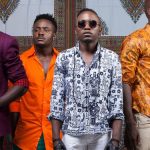 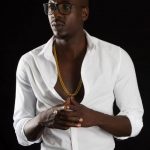 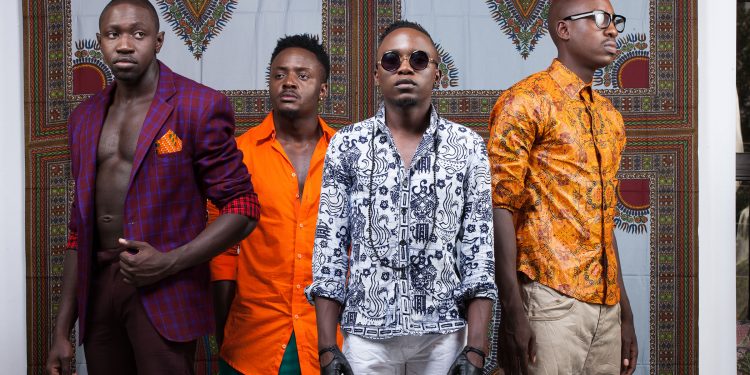 Through a statement, Sauti Sol said that the act of Azimio using their song ‘Extravaganza’ without their consent is blatant copyright infringement as directed by section 35, CAP 170 of the Copyright Act of Kenya.

“It has come to our attention that the Azimio la Umoja campaign through its flagbearer and presidential candidate, the Right Hon.

former Prime Minister, Raila Odinga’s social media accounts (Twitter, Facebook, and Instagram) have without license nor authority used one of our more popular original compositions, “Extravaganza,” as a soundtrack to the announcement post of the running mate,” their statement read in part.

They accused the Raila Odinga-led coalition of using one of their songs as a soundtrack during the unveiling of Narc Kenya Party leader Martha Karua as the coalition’s running mate.

“We would like to assure our celebrated musical team, Sauti Sol, that we love them & appreciate their music so much.

The group has carried our country’s flag so high in international fora and every Kenyan appreciates this. Playing their song yesterday was a show of love for their work,” ODM stated

Trending top in the country, netizens have rallied and called out the Extravaganza hitmakers for chasing clout and having double standards.

They were shortly after trolled with netizens pointing out that the Raila-led team had already paid for copyright and got the greenlight from MCSK to play music for campaigns.

Azimio La Umoja – One Kenya Alliance settles on Martha Wangari Karua as its Deputy Presidential candidate. Who is Martha Karua?

Notably, earlier this month, Winnie Odinga, Raila’s representative had paid Sh526,000 to the Music Copyright Society of Kenya (MCSK) to play local/international music during the presidential campaigns. This was confirmed by Senior Licensing Officer David Kiragu. 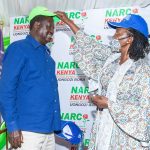 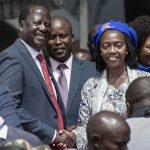 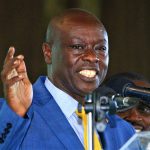