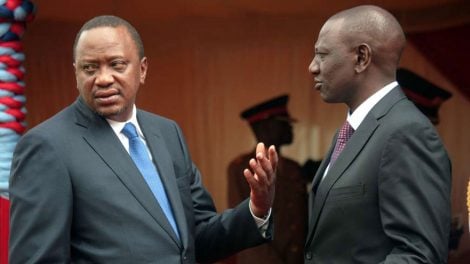 Ruto, who has served as Uhuru’s deputy since 2013, has irretrievably fallen out with his boss and has aggressively intensified his 2022 presidential campaigns

President Uhuru Kenyatta will on Wednesday come face-to-face with his rebellious deputy William Ruto during Mashujaa Day celebrations as the 2022 succession war intensifies.

David Mugonyi, DP’s communication secretary, said Ruto will attend the event because it is “a national function”.

“The Deputy President will attend the event in Kirinyaga on Wednesday because it is a national event in the country’s calendar,” he told the Star.

ODM leader Raila Odinga, seen as Uhuru’s preferred successor, and a host of other opposition luminaries will also grace the occasion

Raila’s spokesperson Dennis Onyango confirmed to the Star that the ODM boss will honour a state invitation to attend the event.

Ruto has not seen eye to eye with Uhuru since the June 1 Madaraka Day celebrations in Raila’s Kisumu backyard.

On August 23, Uhuru openly asked the DP to quit government, if he is dissatisfied with its performance instead of critising it from within.

“The honourable thing is that if you are not happy with it, step aside and allow those who want to move on to do so and take your agenda to the people,” Uhuru said.

“You can’t have your cake and eat it. You can’t on one hand say I am not going and at the same time that you don’t agree.”

Ruto then dismissed the President’s call, insisting he is a man “on a mission” with “no room for retreat or surrender”. He added that he was elected jointly with the President and with a specific mandate.

Uhuru and Ruto have met less than three times this year as they no longer read from the same script in the running of government affairs, a further pointer to their deteriorating relationship.

Uhuru, who has edged Ruto out of the government in what is seen as a move to cut his influence in government circles, has chosen new allies as he tries to manage his succession politics.

It would be interesting to watch the audience reactions, the speeches by Uhuru, Raila and Ruto after months of political attacks targeting each other as the 2022 succession hots up.

President Kenyatta landed at Sagana State lodge in Nyeri county, for a meeting with Kirinyaga leaders in what was seen as part of plan to break the ice ahead of the national fete tomorrow.

He urged Kirinyaga leaders led by Governor Anne Waiguru to unite and work together to achieve faster development and prosperity for their county.

Uhuru also cautioned the leaders against politics of deceit and empty rhetoric, saying good leadership emphasizes peace, cohesion, and unity of the people as enablers of development.

Kirinyaga, Uhuru’s political turf is part of the wider Mt Kenya vote basket where Ruto and Raila are tussling for supremacy.

Already, there have been tensions building among the political leaders from the county, with some alleging having been overlooked on the preparations for the country’s big day.

There have been protracted tussles between Governor Waiguru and Woman Representative Wangui Ngirici.

Waiguru has claimed having been sidelined by Interior PS Karanja Kibicho, who also hails from the county. 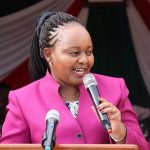 Kirinyaga students get Sh32.8 million in bursaries
Related Topics:featured
Up Next

Lamu Senator Anwar loitiptip was arrested after shooting a lady in the leg following an argument in Nanyuki. 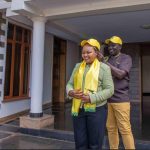 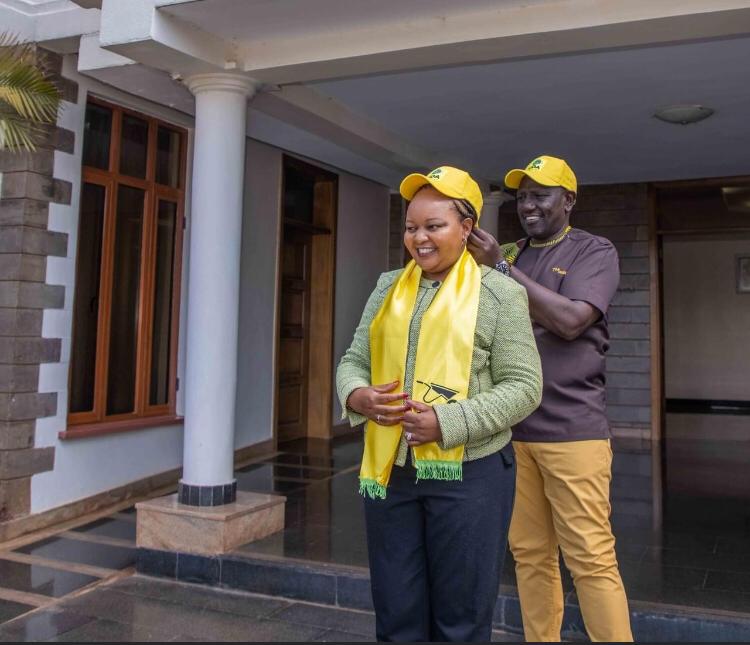 Waiguru met Deputy President Wiliam Ruto at his Karen residence in Nairobi on Tuesday morning during a closed door meeting where she made the move.

Governor Waiguiru allayed she made the decision based on her constituents’ needs saying, “I cannot be ignorant and not listen to the people. I can’t vote myself in, I am listening to what they want,” she said.

The kirinyaga county governor was accompanied by a section of Members of County Assembly (MCAs) during her visit to the deputy president’s residence.

Addressing a roadside gathering at Thiba area in Mwea, Kirinyaga County on September 22, the county chief posed“What party do you want me to join? she asked, to which they chanted UDA. “If I join that party will you re-elect me? Let me see by a show of hands”

Upon Kirinyaga governor joining UDA she will have to face Kirinyaga women representative Purity Ngirici in the nominations who is also in the UDA party and declared her intentions to vie for governor’s seat.

She acknowledged that the Jubilee party was no longer an option because it had lost its popularity.

“If I ran today on a Jubilee ticket and someone else ran on a different party, even if people felt I had performed, it would be hard to convince them to vote for me,” she said. 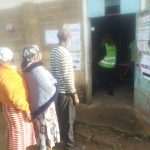