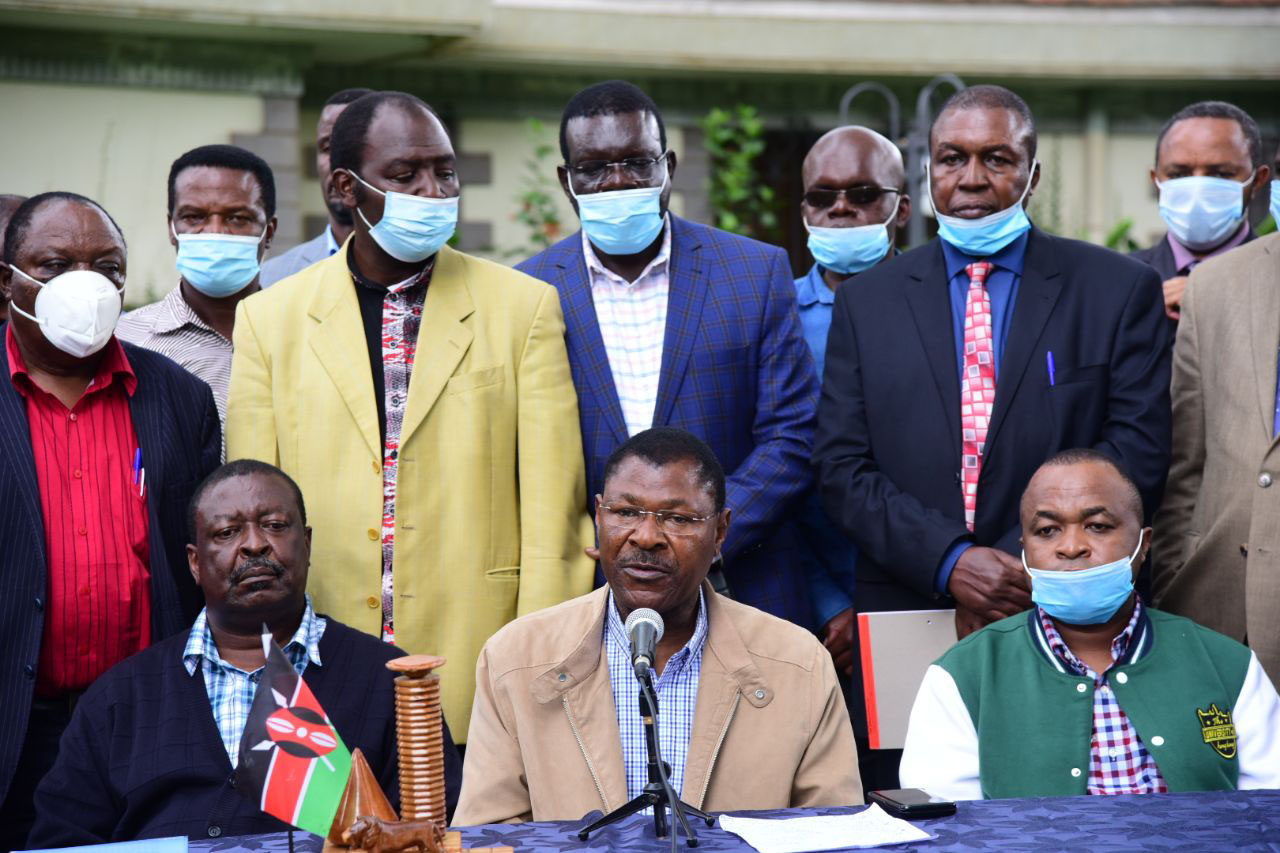 To paraphrase, the Luhya herd is being devoured by Ruto and Raila due to its lack of swarm intelligence. I agree.

The self-proclaimed Luhya elders have, separately, invited the “two horses”. To exchange insults on their turf. As they fall over each other to show loyalty to the horses.

The OKA principals can’t be invited in the Arap Valley and Luo Nyanza turfs to hurl insults to Ruto and Raila.

Unlike MKF luminaries who invited Raila under their own terms. That are being legislated for protection from Raila’s acclaimed mistrust.

Francis Atwoli invited him to display his political illiteracy. He confuses friendship with leadership.

The lack of swarm intelligence (Muluka observes wildebeests have it) to repel Ruto and Raila. Has transformed Kenya’s second largest community. Into a laughing stock.

The Region isn’t represented in the National Executive (Cabinet). That presides over the distribution of national resources.

It’s abnormal that the Region’s MPs see nothing wrong. In this unconstitutional omission. That’s why ALUM has unleashed DAP-K to come and neutralize the OKA.

The message Barrack is sending is that it’s not too late in politics to remedy the situation.

Let the Mulembe nation use their numbers to play elective politics on their own terms. Should have started with voting for the OKA flag bearer to a man and woman.

To deny Ruto or Raila to make it to the run-off with the OKA candidate. Stop washing dirty linen in public. Stop demeaning narratives on OKA principals wherever you reside in the country.

Nairobi Luhyas should stop behaving like being more of Luos than Luhyas. Be proud to be a Luhya. You never chose to be born a Luhya. God is not stupid to have decided that fate for you.