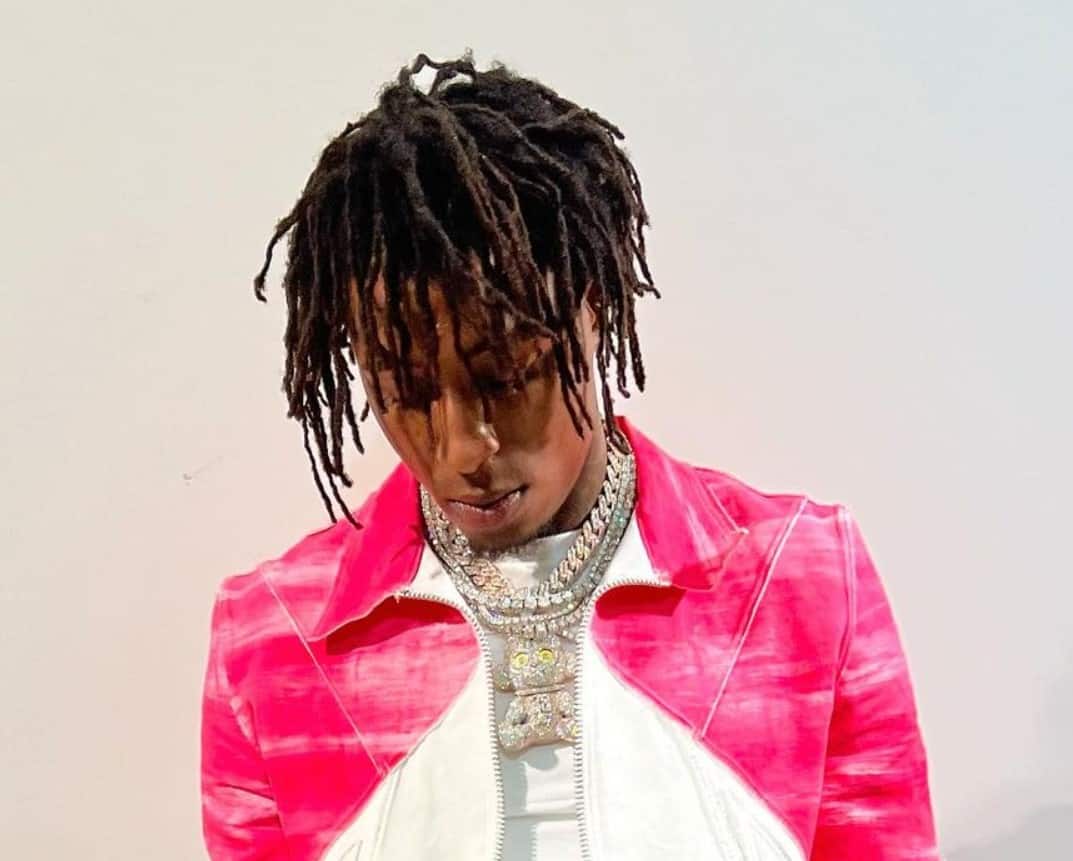 NBA Young Boy his name suggests is a young man who is a very successful rapper. And before his success, he was penniless and was always in constant war with the authorities.

Despite his success young boy is still controversial and in trouble with authorities.

The most interesting thing about him despite his music is his age and the number of kids and baby mamas he has. He is the latest father to be in town he might beat Nick Cannon.

But who is Kentrell Gaulden aka NBA YoungBoy .

He was born Kentrell DeSean Gaulden and was born on October 20 1999 in Baton Rouge Louisiana. But in the rap game, he is known as YoungBoy Never Broke Again. He is an established American rapper.

His mother is Sherhonda Gaulden but NBA Young Boy was raised by his maternal grandmother who took him in when his father was sentenced to 55 years in prison.

She died of heart failure when Youngboy was released from juvenile detention. He moved in with his friend NBA 3 and together used proceeds from their criminal activities to pay for studio time.

He recently announced when releasing his song and video for Purge Me that he is expecting his 9th child with his fiance Jazlyn Mychelle. Kayden was born on 4th July 2016 his firstborn son and Kacey born on February 13 2019 are his children who have been featured in his music videos.

YoungBoy has physical scars on his forehead. These scars came about when he was a toddler he broke his neck while wrestling. He got an injury that required him to stay with a head brace until his spine healed.

He first started his rap career by selling his mixtapes between the years 2015 and 2017 which earned a massive following. It was after he was signed by Atlantic records that he released his first single Outside today. which was number 31 on the Billboard top 100 charts. The doing became his debut single from his album until death calls my name. The album ranked at number 7 on the Billboard chart 200.

He collaborated with Juice WRLD which became his first top-10 single and even earned him an award and nomination.

His second studio album was titled top released in 2020.

In 2021 Gaulden released his third album, Sincerely Kentrell while incarcerated making him to the top charts and being third after 2pac and Lil Wayne.

He released his fourth album with Atlantic Records and his contract came to an end. It was titled the last Slimeto.

Despite his contract ending with a giant Record Label, Atlantic Records NBA YoungBoy music and music career is still thriving. He released his music tape titled colors which garnered attention as it has a diss track.

His youtube exclusive song and video with the title Purge was released recently and it’s very promising.

Problems with the law

Rapper NBA young boy has had several running with the law in 2014 he was arrested for robbery. He was sent to a juvenile detention centre in Tallulah Louisiana and was released after serving a sentence of 6 months.
In November 2017 Kentrell was arrested by US martial before his concert in Austin Texas he was accused of jumping out of a vehicle.

And opened fire on a group of people on South Baton Rouge street. He was later charged with 2 accounts of attempted murder.

He was arrested in Tallahassee in February 2018. His arrest came about as he had a warrant in the state of Georgia. Where he was alleged for committing assault, weapons violations and kidnapping.

The footage was realised prior to his arrest showing Kentrell assaulting his former girlfriend. He was in prison till march 15 when he was released on a $75000 bail.

ASCAP Rhythm & Soul Music  Awards which were held in 2021. Where he won the category of the winning rap song.The song title bandit a collaboration with Juice WRLD.

BMI R&B/Hip-Hop Awards Music awards 2021 it won the category of the most performed R&B/Hip Hop song. Bandit with Juice WRLD.

BET Hip Hop Awards in 2019 where he was nominated in the category of Best impact track. The song title is I am Who They Say I am collaboration with Kevin gates and Quando Rondo.

He was nominated for a Grammy Award in the category of the best melodic rap performance in 2022. The song was WusYaName a collaboration with ty Dolla sign and Tyler the creator.

NBA YoungBoy is very successful despite his age. Though starting his music career with a microphone from Walmart he has achieved much. His consistency in realising his music and excellent electrifying performance is making YoungBoy a loved artist.