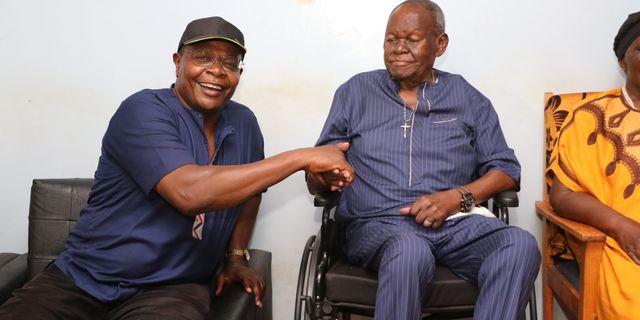 Born on October 10, 1932 in Bukani Village of Budalangi District, James Charles Nakhwanga Osogo, the only surviving cabinet minister in the government of Jomo Kenyatta;

Is celebrating his 90th birthday this week at Siginga village, Bunyala West ward. After the recent deaths of former Presidents Mwai Kibaki and Daniel Moi;

And former Attorney-General Charles Njonjo, Mr Osogo, a former minister for information and broadcasting, is the only member alive.

Who served in the inaugural government that replaced that of colonial power Britain. Mr Osogo’s political career started in 1963.

When he was elected to the Legislative Council of Kenya (LegCo) to represent Ruambwa. From 1964-1966 he was an assistant minister for Agriculture, Commerce and Industry;

Before becoming minister for information and broadcasting between 1966 and 1969. Between 1969 and 1973 he was the minister for commerce and industry.

Starting in the 1970s, he headed the ministries of Agriculture, local government, Health and Foreign Affairs.
The octogenarian attended Port Victoria Primary School between 1941 and 1943;

In 1953 he joined Kagumo Teacher’s Training College and attained a P2 certificate in 1955. He taught at various schools including being headmaster at Kibasanga and Nangina Primary Schools.

He said the key to his longevity was avoiding stress and observing a healthy diet. “If you want to live longer and even surpass my age, you don’t need to worry much.

Be tolerant and eat a special diet like omurere (indigenous vegetables) and mushrooms the way I do,” he said. He added: “I thank God for bringing me this far.

I pray every day to God to continue adding me many more years on earth and this is bearing fruit,” The politician said he wanted to enjoy himself, noting that he appreciated his work in every ministry he served. 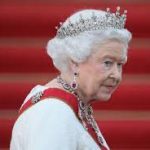