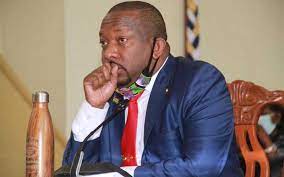 The former County chief has been on and off the courts with the graft case pitching him allegedly having been committed between January 10 and 19, 2019 within the city, while he was the governor.

The former Senator was accused of having demanded a Ksh. 10 million bribes from the web tribe ltd through RoG security  Limited as a bribe to facilitate their payments by the county government under his tenure.

He stopped further prosecution of the former Makadara lawmaker on the corruption before Magistrate Douglas Ogoti pending a hearing on the Magistrate seeking to bar him from the case.

“l do hereby grant the petitioner(Sonko) temporary conservatory orders up to June 23, 2021. The orders are in respect to Anti-Corruption case number 1 of 2020,” came Justice Wakiaga’s ruling.

This follows a move by the former County chief in March to the High Court’s Anti-Corruption Division amid claims that magistrate Ogoti was biased and wanted him stopped from handling his graft case.

He requested his case to be assigned to another magistrate for a fair trial adding that he stands to suffer irreparable damage should Ogoti continue with the hearing of the case against him.

They complained that Mr. Ogoti declined to give them enough time to get evidence from the first lot in preparation for Mr. Sonko’s defense. 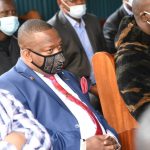 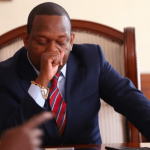 Sonko offers to adopt Kangogo’s children
Related Topics:
Up Next

Respect our ‘Hustle’, sex workers say on their international day