Rihanna confirmed on Instagram that she would perform at the Super Bowl LVII Halftime Show.

Could this be Rihanna’s way of teasing a new album? What do you think is a way for a greater comeback for the new ‘mom’ in the music industry?

12:02 PM PT — Official confirmation has just been tweeted by the NFL… The headliner is Rihanna! In the tweet, Jay-Z says, “Rihanna is a generational talent, a woman of humble beginnings who has surpassed expectations at every turn. A person born on the small island of Barbados who became one of the most prominent artists ever. Self-made in business and entertainment.”

It’s not the first time the NFL has approached Rihanna about performing at the Super Bowl. In 2018, the NFL asked her to perform, but she declined to stand in solidarity with Colin Kaepernick, who was embroiled in a controversy after kneeling during the national anthem in protest of police brutality. Rihanna’s sentiment “I couldn’t dare do that. For what? Who gains from that? Not my people. I just couldn’t be a sellout. I couldn’t be an enabler.”

In addition, Pepsi won’t sponsor the Super Bowl Halftime show for the first time in 10 years. Apple will be in charge this time. Apple Music and Beats vice president Oliver Schusser released the following statement which says:

“Rihanna is an incredible recording artist who is a favorite for many millions of Apple Music customers around the world… We’re excited to partner with Rihanna, Roc Nation and the NFL to bring music and sports fans a momentous show — what an incredible artist for the inaugural Apple Music Super Bowl Halftime Show.”

The last time Rihanna released an album was in 2016 when she released Anti. Performances during halftime are usually the greatest hits. Isn’t this performance an indicator of new music to come? Jay-Z makes a great choice by hiring Rihanna since she’s a Roc Nation artist. 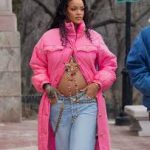 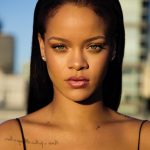