Ruff Ryders Entertainment is a New York-based record label and management company, specializing in hip-hop music. It was founded in 1988 by Chivon Dean and her brothers Dee and Waah, uncles of producer Swizz Beatz.

The misspelling is deliberate, and take-off; of Theodore Roosevelt’s band of Rough Riders, the 1st Volunteer Cavalry Regiment during the Spanish-American War.

Ruff Ryders’ founders were initially famous for managing rappers DMX and The Lox who became multi-platinum stars for Def Jam Recordings and Bad Boy Entertainment in the late-1990s.

After DMX’s success, the management company started its label imprint through Interscope Records and had success with releases from female rapper Eve, the former Bad Boy Records group

In 2010, founders Joaquin and Darin Dean decided to revamp the brand through a new venture known as Ruff Ryders Indy, as a Fontana/Universal affiliated distribution company.

In addition to Ruff Ryder Indy, other brands include Ruff Ryders Films, Powerhouse Recording Studios, NatPro, a promotional company, and RR Rescue; it’s not a collection of artists, it’s a family first. To be considered a Ruff Ryder, you have to be family. 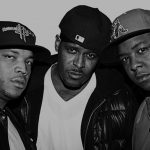 The LOX Have Flipped A Public Enemy Classic 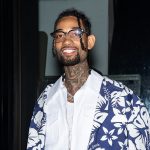