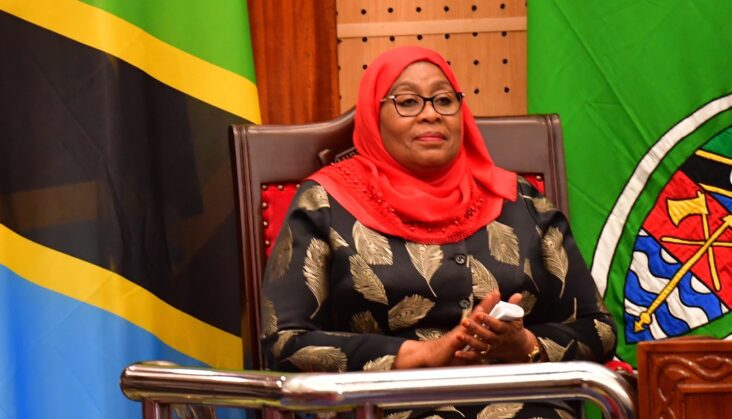 I have been dreading this. How do you write an article that you knew you were going to write a year ago?

The strictures of my word count do not allow for more than a certain level of discussion, and I am not sure where to put the emphasis.

Let me start at an end, which is also a beginning. On March 17, 2021, then Vice President Samia Suluhu announced the death of President John Pombe Magufuli (JPM).

We had lost former president Benjamin Mkapa earlier that year, but never a sitting president. A period of mourning was declared and Magufuli’s bier travelled the country.

The main event was the state funeral — or national funeral — that was held in the administrative capital, Dodoma.

Many foreign dignitaries attended, and an impressive number of them expressed ties to Tanzania, speaking to the crowd in Kiswahili of varying confidence and quality.

What struck me was this display of how widely accepted and spoken the language is: Our national language perhaps but not our property.

Something of the pan-African dream lives within its mellifluous tones and inherent tenderness.

Over a week after the announcement of his passing, Magufuli was laid to rest in his home in Chato.

To great pomp by the military, which was in charge of burying their former commander-in-chief.

At that time, the newly installed President Samia Suluhu had to preside over the funeral of her predecessor.

which I cannot imagine is anyone’s idea of a desirable orientation week. It was a time of intense scrutiny, much of it stemming from the fact that she is a woman who wears a hijab.

This choice is hardly worthy of comment in an ordinary Tanzanian woman, but when you are a Tanzanian head of state it attracts a relentless focus that caught even me by surprise.

I want to say that a year has gone by since this fateful event. Perhaps time passed slowly due to grief, or quickly due to relief.

Covid-19 didn’t go anywhere. If anything, new and more virulent variants kept cropping up. The news continued to reflect the banality of evil around the world.

While the stark improvements in our governance that I naively expected did not happen overnight.

Life went on, but in muted colours. Medical science was welcomed back to Tanzania by accepting donated Covid vaccines under the Covax initiative.

My country is largely antivaxx, which I have come to accept for nihilistic reasons. For the minority that believes that prevention is better than cure.

There is finally an option available. More, in fact, as occasional donations trickle in from various countries and manufacturers.

We also have roads now. More roads than we did before. And bridges. And big, concrete, phallic things.

Knowing how long it can take between planning a project and executing it, especially by my government, I struggle to be as impressed as I am told that I should be.

No project that big is a one-man show, but fine, let me pretend Magufuli was the great engineer that apologists want to paint him as.

Our young democracy, that was taking baby steps in the direction of true people-centrism, remains in tatters.

Rebuilding it is going to take time, a renegotiation of trust between the ruling class and the ruled. Tanzania has a fine tradition of being ambivalent about our incumbents — which is a healthy habit.

President Magufuli, however, gave us a further gift. We had been spoiled, lazy, used to peaceful transitions and predictably rational incumbents.

Magufuli forced citizens to consider at all levels of society; what it is that we want from our government, what it means to live in a safe and peaceful society.

As I started writing an article for the International Women’s Day, I wanted to highlight the rise of two problems.

That of media suppression and censorship, which is slowly lifting, and that of chauvinism, which is actually made worse by President Samia through no fault of her own.

Like Barack Obama’s effect on racism in the US, the presence of a minority in the position of ultimate power is serving as a lightning rod for gender issues in Tanzania.

It has been interesting in these 12 months to see how this aspect of our society has developed. The greatest of the great dream of having their names written down in history, and they do get their wish, just not always in the way they may want.

In a year I have learnt that political objectivity — while desirable — is a loaded ideal and not always a truthful one.

I have learnt that even in my country, where on the surface we seem so united about at least some fundamentals of governance.

We are in fact divided and perhaps need to dialogue, as one woman’s demagogue is another woman’s savior. I learned that the size of your mausoleum does not reflect the quality of your character.

And I came to appreciate the Shelley poem, Ozymandias. This too has passed, and after observing the obligatory year anniversary, I can finally begin to let the sands of time erase all that is left of a period best buried. 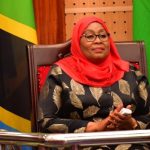 Is Tanzania facing a debt distress? 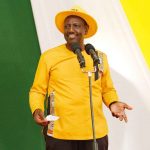 The DP is one of the tribal kingpins, who relies on ring-fencing regions for success. Voters can’t trust him to lead the hustlers.