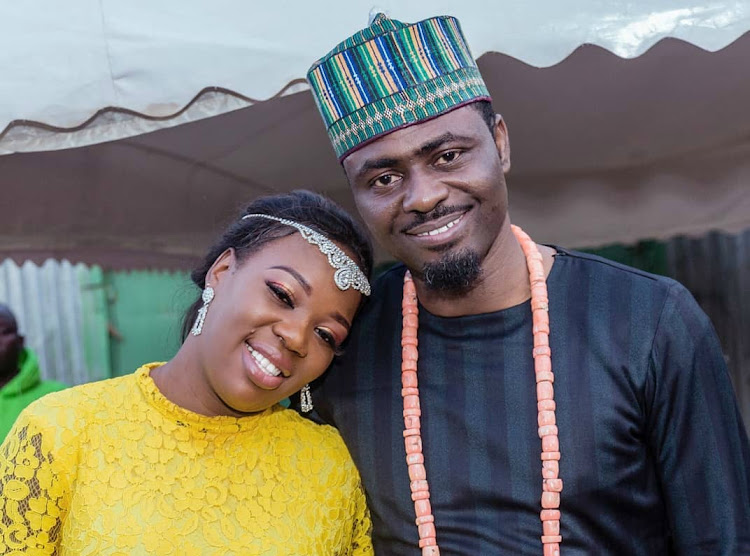 Gospel singer Ruth Matete has for the first time opened up on her husband’s death. She revealed she was shattered by the accident that took her husband’s life.

Ruth Matete was married to a Nigerian preacher and singer namely Beloved John, who passed on following a tragic accident at their home in Nairobi weeks after the couple learned they were expecting a baby.

Matete recalls that her husband had decided to help her fir a new gas cylinder when things the accident happened.

“We had bought gas, and it looked like the gas cylinder was faulty. Because when we tried to light it, it wasn’t working well. He decided to go with it to the balcony and try to sort it out,” she said.

John managed to release the gas at the balcony, however, according to Matete the balcony had a lot of stuff including clothes on the hanging line.

“When he was at the balcony there was a lot of stuff including my clothes. What he was doing was releasing the gas because he thought it was really full, so he just needed to reduce it a little bit, so it could work,” she added.

After releasing the excess gas, John lit the cylinder before the gas evaporated from the air, and it exploded.

“Unfortunately as he was releasing the gas, he released too much of it, and he didn’t wait for it to evaporate, so it was just filling up in the air, and he tried to light it to check if the gas is working and that’s when it exploded,” Matete added.

John was immediately rushed to the hospital where he stayed in the ICU for one week and then transferred to the general ward for another week but succumbed to the injuries.

When she received the news of her husband’s death, Matete revealed that she forgot about her baby for a moment.

“When I was told that my husband was no more, to be honest I never thought about the baby, this is my husband we had only been married for four months, the love of my life, the man I wanted to spend the rest of my life with. I did not think about the baby, the pregnancy. I did not even care if I lost it. At that moment I was mourning. I just allowed myself to grief, I had to accept it.”

“I know what death is. When they told me he is gone, I had to quickly adjust so as not to lose it. Even if I did not care about losing the pregnancy, at some point, I was like, he might have gone but because of the seed he has left in me, I have to hold myself together.” She added.

Matete made her name after her impressive show at the Tusker Project Fame reality show.

Top real genge artists who got lost or died but are still celebrated
Related Topics:
Up Next Gospel singer Rose Muhando suggests getting married to a white man with money is top of her prayer list.

In a video shared on her official Instagram account, Muhando sang about getting a white man who has money and KOT are now on her case.

“She went on to ask her fans and followers to also share their prayers for the year 2022, via a WhatsApp number she provided.

Kenyans on Twitter joined the conversation with everybody trying to weigh in, with an opinion of what they think about the Rose Muhando prayer. 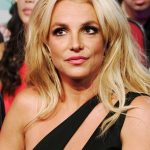 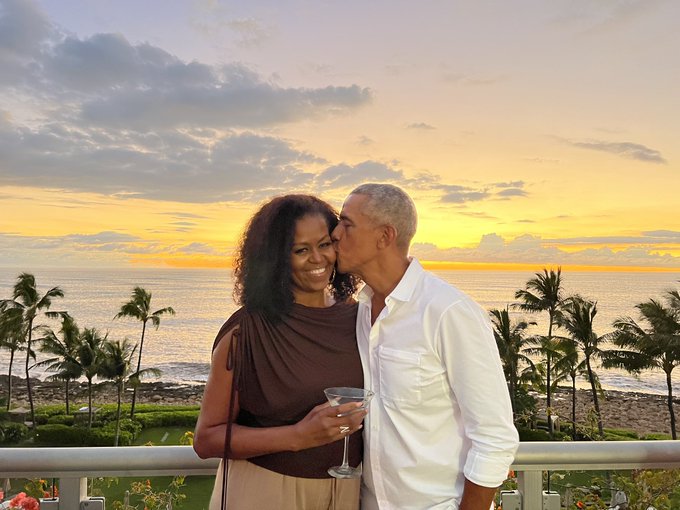 In celebration of his wife, Barack Obama hit Twitter and delivered a special birthday message, sealed with a picture of a kiss.

Michelle also posted a video to Instagram of herself dancing to Stevie Wonder’s “Happy Birthday,” with a cake and lit candles on the table.

She thanked everyone for their birthday greetings and outpouring of love on her special day.

“Here’s to a sweet 58th! Thank you so much for your outpouring of love.

Whether you texted, emailed, or posted on social media, every birthday message I received today meant a lot to me.

I am so grateful to have so many people cheering me on. Looking forward to seeing what this upcoming year has in store,” Wrote Michelle. Mauzo hires Limousine to pick Vera and daughter from Hospital 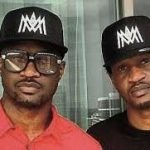 Signs of fake love in a relationship
Continue Reading 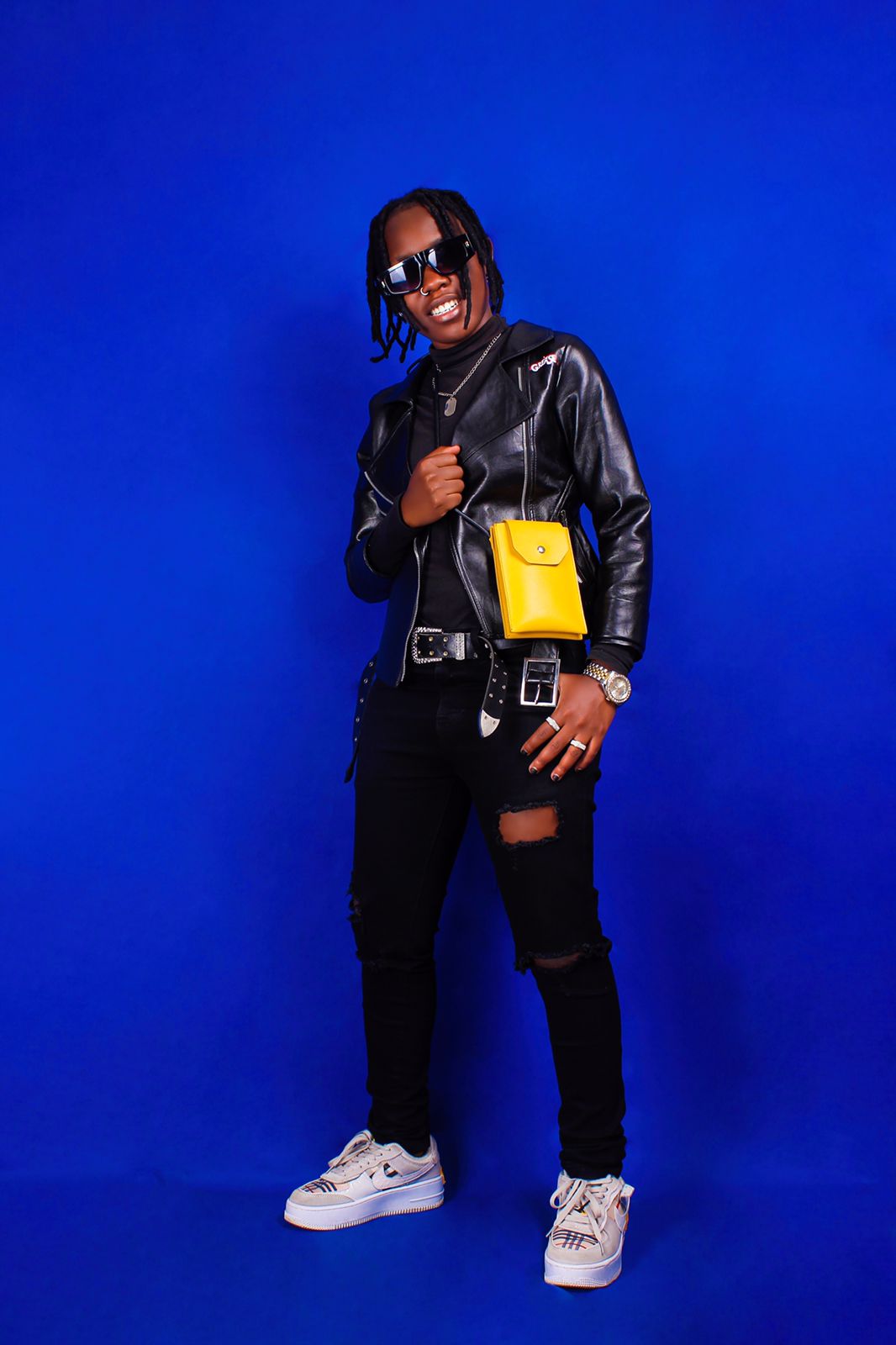 She is doing more of Afropop, R&B & Afro- Dancehall, besides she is also a songwriter, artist consultant, and fashionista.

Her passion for music started while in primary school where she used to dance and this propelled her dancing and singing talent apart from being the best footballer in primary school she also did the same in high school.

Skey Lucky has also been on media such as 10over10 Citizen tv Turn up Maisha Magic East and Ktn and also performed in different major festivals.

Currently, she has done 4 songs that are trending in Nairobi

You can also promote her by subscribing and liking her song. 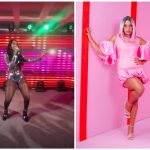