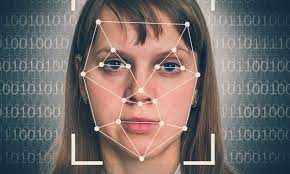 With every passing day development in technology is happening every day. Deepfake is the newest technology on our planet right now. And with every new invention, we get to experience the good and bad of it. It’s a wonderful hobby that nurtures creativity and is overall interesting.

But what is a Deepfake?

In as much as deep fakes are fascinating and keep people occupied just like your hobby but they are also dangerous they affect the economic, social, and political aspects of life, and here are the elaborations.

One can create a deepfake of a political leader a few days before the election by inciting the voters. Giving opinions about racism, modern-day slavery, and child abuse.

And his views will influence the masses who will vote for another leader hence ruining one’s political career.

Someone can create audio or a video of a person compromising his business by making talks about exploiting his customers.

Giving them substandard goods or his profits funding terrorist groups a business will go down the drain. You will be investigated and even shut out of it, and recovering from that will take a lot of time.

Deep fakes are equated to modern-day nuclear weapons. Accessing a country’s internet system will make the deep fakers post hateful and confusing videos about a state of a country, citizens’ democratic rights, infrastructure, and banking systems.

This will throw a country into restlessness and crisis as people always want to start preparing on how to defend themselves.

These deep fakes work all the time because human beings naturally tend to believe and support what they want to hear or see. For example, fake news will always attract traffic on the internet; the attention they give to fake news beats the truth.

Detecting a deep fake is so hard, but if an amateur makes them, you can differentiate them from the truth by using your eyes.

Experienced deep fakers can not be cracked. Even if you use machines with machines, you look for a lack of eye blinking or shadows that appear wrong.

We are going to resort to not believing videos we watch on the internet because we doubt the credibility, but sometimes we might be disputing the truth.

TrendyMobile. The one stop online store for mobile phones.