The first season of the newly formed league took place in 1992–93. That season, it comprised 22 clubs (down from 20 in 1995–96). Sheffield United’s Brian Deane scored the first Premier League goal against Manchester United in a 2–1 win.

When the Premier League was founded, 22 English football league clubs were involved. Still, it was always intended to reduce that number to 20 to promote excellence and development at the club level and internationally.

Among the top players worldwide, the English Premier League (EPL) is the most lucrative and watched. However, considering that the Premier League was only established on 15th August 1992, it’s hard to believe it’s been so long.

It was imperative that English clubs and the game, in general, undergo a radical restructuring.

The Premier League’s founding members signed the Founder Members Agreement on 17th July 1991. As a result, it would be free to negotiate its broadcast and sponsorship agreement, independent of the English Football League and Football Association (The FA)

With an investment of £48million over three years, Barclaycard became the new sponsor in 2001. It cost £65.8 million to renew for three seasons with Barclays in 2004.

The Barclays Premier League era has seen some of the best overseas players grace its ranks due to increased revenue, which has allowed English Premier League (EPL) teams to compete globally in terms of transfer fees and wages.

There are several official partners and suppliers of the Premier League, in addition to sponsorship. Taking over from Mitre in 2000–01, Nike is the league’s official ball supplier.

From 1994 to 2019, Topps had the license to produce Premier League collectibles, such as stickers and trading cards. 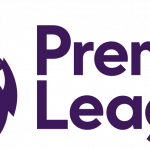