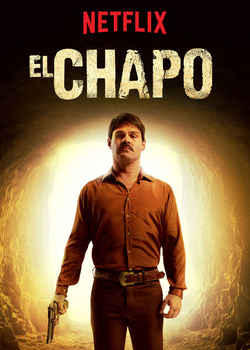 Information published on Wednesday by the US treasury department said that Zambada was removed from the sanctions list of the Office of Foreign Assets Control.

A department spokesman said Zambada was no longer engaged in sanctionable activities and demonstrated a change in behavior and circumstances. A person could be re-designated should new evidence or circumstances merit, he said.

A US law enforcement official declined to discuss Zambada’s whereabouts or legal status, saying such information is not public.

El Rey, or The King, was arrested in 2008 after a gun battle in Mexico City, where he was suspected of controlling smuggling through the capital’s international airport. He was extradited to the United States four years later.

Brother to the head of the Sinaloa cartel, Ismael “El Mayo” Zambada, El Rey gave key testimony during Guzmán’s trial, describing the inner workings – and vast financial scale – of what is alleged to be the world’s biggest narco-trafficking organisation.

Asked repeatedly how he knew what he knew, Zambada replied: “Because I was in the cartel.”

The two witnesses had pleaded guilty to US charges and agreed to testify against Guzmán, accused of trafficking tons of cocaine, heroin, marijuana and methamphetamine into the US.

Guzmán was convicted by a jury and is imprisoned in the US.

The US Bureau of Prisons has previously said El Rey is not in its custody, leading to speculation he may be in a witness protection program. Celebrity Babies Who Were Born In 2022