This is to check on the MPs’ insatiable appetite for money and freebies. He should resist the MPs’ blackmail by declining to assent to Bills designed.

To pamper MPs with undeserved personal emoluments and lucrative benefits.

He should restrict MPs to their Legislature roles of representation, legislation and oversight. As decreed and contemplated in the Constitution.

Retain CDF in its former status, but restrict MPs’ role to oversight of the Fund in their respective constituencies.

The MPs regard CDF as their pet project, creating a vacuum in the oversight role. Only stipulated allowances be paid to MPs.

Whenever one attends to Legislature business, such as parliamentary sittings. This is how the Constitution expects the Executive to check on the excesses of Parliament.

The MPs have intimidated and blackmailed the SRC into submission to their undeserved remunerations.

Paying salary to MPs is a mistake and the cause of lack of quorum. They have nothing to lose by skipping Legislature business.

Because money is deposited in their accounts at the end of the month, regardless of their absence.

Abolish salary to attract them to attend Parliament to receive stipulate allowances. Only the President can restrain MPs by declining to assent to Bills.

The austerity measures targeting excesses of MPs will awaken them to their watchdog (oversight) role. On the use of public funds and resources.

Corruption and scandals in the public service will reduce and be eliminated with time. It will be the best stimulus for economic recovery.

Pampering Parliament with freebies enjoined the MPs in the plundering of public funds and resources.

Their legislation and oversight roles have been compromised. They legislate to steal from public coffers through undeserved salary, high perks and benefits for no work done.

Their engagement is part-time, which qualifies them receipt of stipulated allowances, nothing else.

Pampering MPs has emboldened civil servants to involve themselves in corruption and mega scandals. Knowing that MPs lost their moral standing on oversight.

Investigations watch dog committees have been reduced to public relations exercises. With more wastage of funds in sitting allowances for the MPs.

Work on economic recovery is already cut out for the post-2022 President. The elephant in the room is the insensitive, extravagant and careless MPs. 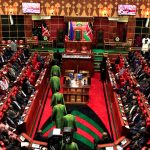 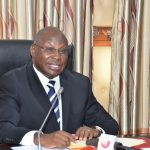