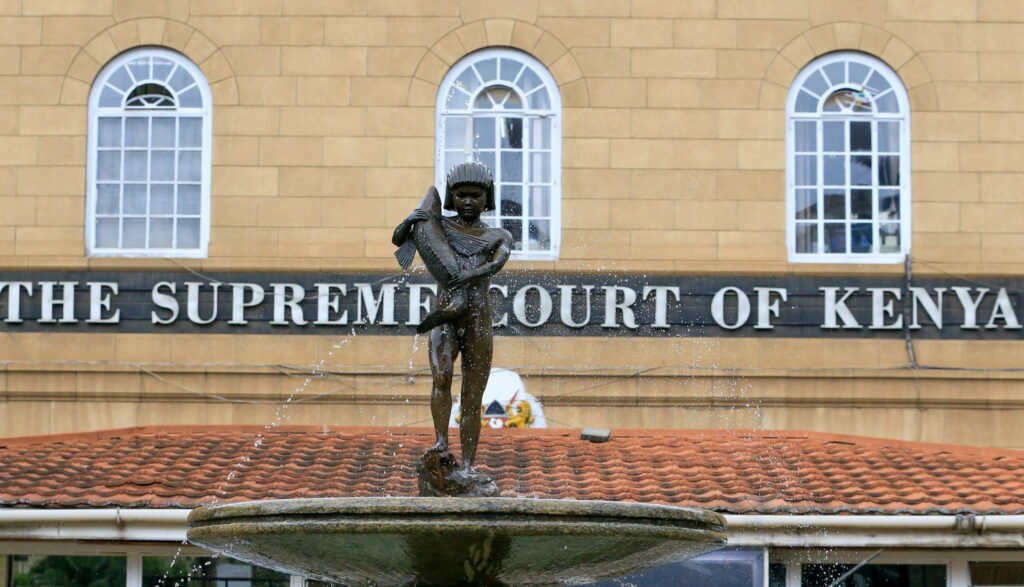 As noted in the introduction, lack of trust in the electoral system has endured in Kenya for a long time.

This led to the introduction of electoral technology following the recommendations made by the Independent Review Commission.

On the General Elections held on the 27th December, 2007 (Kriegler Commission Report). The Report recommended integration of technology.

Into Kenya’s electoral processes for registration, identification of voters and transmission of results.

These were enacted in Section 44 of the Elections Act, 2011. By this statute, IEBC is enjoined to adopt technology in the electoral process.

As a consequence, the IEBC developed a technology known as Kenya Integrated Electoral Management System (KIEMS). Making Kenya’s election process hybrid as it employed both technology and manual processes.

The 1st, 3rd and 4th petitioners in the consolidated Petition. Challenge the technology used by IEBC during the 2022 General Election.

They plead that the manner in which technology was deployed. And utilized fell short of the prescribed constitutional and statutory standards.

By 31st March 2022 to the contrary, they allege, it only publicly availed the audit report on its website on 2nd August 2022, 7 days to the election.

In this report, it was noted that the auditors established serious gaps. And risks to the electoral process including;

Numerous cases of change of voting stations without knowledge or approval of the affected voters;

Reducing the accountability of user activities in the Register of Voters; presence of 11 active generic accounts on the ABIS application.

Change of particulars or deactivation of voters in the system; IEBC’s failure to set up access recertification and user activity review process; and IEBC’s failure to respond to request by auditors for crucial information.

On the integrity of the technology deployed, the 7th petitioner contends that in order to comply with Article 86 of the Constitution;

And Section 44 of the Elections Act, the technology deployed must be simple, accurate, verifiable, secure, accountable and transparent.

On the simplicity of technology, the 7th petitioner contends that the KIEMS kit. Failed the test as they were not easily usable, by ordinary citizens without expert knowledge.

They further assert that IEBC was expected to procure and put in place a technology necessary for the conduct of the General Election.

At least one hundred and twenty (120) days before the election and ensure consultation with the relevant agencies, institutions and stakeholders.

Furthermore, the petitioners allege that IEBC violated its constitutional duty. By delegating the design, implementation and conduct of the KIEMS component of the election.

To a foreign company-Smartmatic International Holding BV (Smartmatic). As a result, IEBC’s staff and the public did not have full comprehension. Of the KIEMS component.

They conclude therefore that IEBC abdicated and surrendered its role to conduct elections to Smartmatic;

And that IEBC vigorously fought any attempt to subject Smartmatic’s activities. To accountability and transparency.

In response, IEBC has submitted that the electoral system met the constitutional threshold; that all necessary information was accessed only by authorized persons;

The information was accurate, complete and protected from malicious modification either by authorized or unauthorized persons;

It maintained an audit trail on activities related to information; and the information was available and could be authenticated through the use of various security features.

In further response, IEBC contended that they engaged KPMG on 7th April 2022 to conduct an Audit of the Register of Voters, which was submitted on 18th June 2022.

In addition, it issued a briefing on the Report on 20th June 2022, summarizing the thematic areas therein and disclosing its findings as well as actions.

Taken to remedy the issues identified. It also conducted its annual audit in compliance with Regulations 11 and 12 of the Election (Technology) Regulations, 2017;

And a Certification of Compliance issued to it on 3rd August 2022. IEBC relied on affidavits sworn by Michael Ouma, Moses Sunkuli and Marjan Hussein Marjan.

On 26th August 2022 to the effect that it published the interim report by KPMG on 8th June 2022 and embarked on remedial measures.

Aimed at effecting the recommendations ahead of publication of the final report. It was asserted that it could not publish the full final Audit Report.

As doing so would compromise the integrity and security of the electoral technology system. Considering the provisions of the Data Protection Act.

Which imposes a duty to protect the data of Kenyan voters. On the other hand, the 1st and 2nd respondents urge that;

Even if there was failure of technology, it did not vitiate the result of the Presidential Election. Upon considering all the pleadings, submissions and the ICT scrutiny;

And Inspection, tallying and recount Report which fully examined the IEBC’s Result Transmission System (RTS), we are not persuaded by the allegation.

That the technology deployed by IEBC failed the standard of Article 86(a) of the Constitution on integrity, verifiability, security. And transparency for the following reasons:

Whereas it is true that the KIEMS kit failed in 235 polling stations, 86,889 voters were granted the right to vote manually and the requisite Forms 32A duly filled.

This happened successfully in Kibwezi West Constituency and parts of Kakamega County.

The 1st petitioner alleged staging. That a person who had access to the RTS, intercepted, detained or stored Forms 34A temporarily.

To rebut this allegation, IEBC and its Chairperson in their response dated 26th August, 2022 denied staging; and unauthorized intrusion of the RTS.

In that regard, they urge that every image of Form 34A was uploaded immediately after the transmitted result form was received.

As evinced by the time stamp. Similarly, the 1st respondent denied this allegation.

It is our finding that?

It is our finding that? 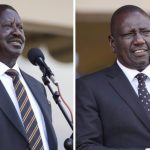