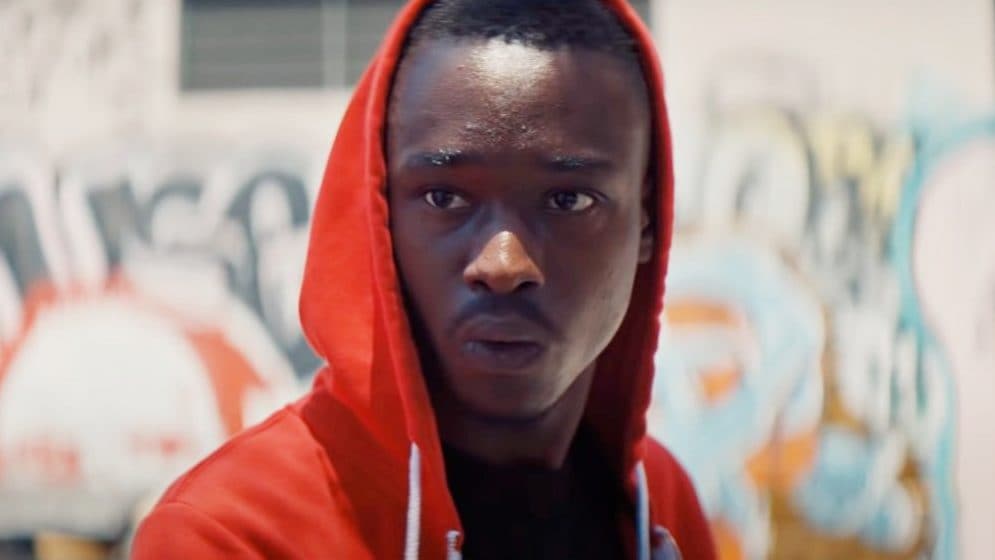 It’s a refrain the narrator says throughout Netflix’s new film, All Day and a Night: “Slavery taught black people how to survive, but not how to live. And that’s what we pass on to each other. My father taught me how to take my fucked-up life out on everyone else.”

All day and night tells the painful story of that narrator, Jahkor Lincoln, a young man from Oakland, CA, who fullfills his own prophecy in the opening minutes of the film.

Played by Ashton Sanders (you might remember him from the middle act of Moonlight), Jah is an aspiring rapper struggling to steer clear of the path of his father, JD (played by Jeffrey Wright)—an abusive drug addict serving life in prison.

We first meet Jah when he’s mumbling bars to himself in his car, hyping himself up to kill Malcolm, a mystery character we know nothing about at that point.

Jah gets out of the car, finds Malcolm and his partner, and shoots them both. Then, the film cuts to Jah’s emotional court hearing, and soon after, the prison yard, where he’s is only a couple yards away from his father.

Although it never quite reaches the originality of its other Oakland-set counterpart Fruitvale Station, All Day and a Night is a heartbreaking look at the cycle of trauma and racism black men face in their communities, and what fathers pass onto their sons.

The rest of the film plays out, narratively at least, as a sort of Memento–Moonlight mashup—showing us the events that led to Jah committing a double homicide, spliced with scenes from his childhood.

So while Jah appears to turn around his life for the better in the final moments of the film, it’s a bit of a confusing path we take to get there, filled with conspiracy, double-crossing, and murder. Let’s take a look at the final scenes of All Day and a Night, and what the last-act betrayal means for Jah’s future.

Stay tuned for the most popular movies blogs @thebigissue.co.ke