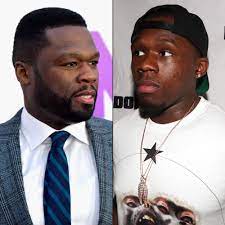 50 Cent has taken to Instagram to slam his eldest son Marquise Jackson after the 25-year-old offered the rapper $6,700 for a day of his time.

Marquise has been active on social media after saying that the $6,700 the rapper paid his mother in monthly child support was not adequate.

‘Since y’all think $6,700 is so much money someone tells my pops I will pay him $6,700 for just 24hr of his time so we can do everything I ever wanted to do with him as a kid,’ he said. ‘Red Yellow Green whatever color he likes.’

Marquise previously said in an Instagram Live chat with Choke No Joke earlier this month that the $6700 monthly total was not sufficient considering cost-of-living expenses in New York City, as well as in correlation to the earnings of the rapper/mogul.

‘You talking about you got beef with everybody in the industry, you can’t just live anywhere.

Get more updates on 50 cent and his son only @thebigissue.co.ke