President-elect William Ruto’s Senior counsel Kioko Kilukumi has distanced himself from a Twitter account that has been making posts on the August 9 General Elections.

The fake Twitter account has also been making commentaries on the presidential commentaries being filed at the apex court.

In the appeal,  Wagner said he had filed 50 grounds as he seeks to overturn the verdict.

Kilukumi was also one of the defense lawyers in the Sh5.8 billion Goldenberg scam case against three former top civil servants.

He represented Internal Security minister the late Prof George Saitoti in an election petition filed against him by Moses ole Sakuda.

Early this year,  Kilukumi was sworn as the Chairperson of the Energy and Petroleum Tribunal in a ceremony presided over by the Deputy Chief Registrar of Judiciary Paul Maina. 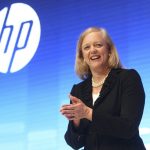 The new US Ambassador Kenya, ‘Meg’ from a successful Sylicon Valley Guru