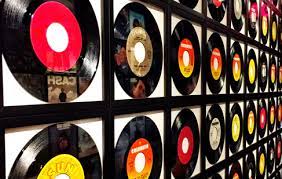 UMG is also the owner of Universal Music Publishing Group, which is led by Chairman & CEO, Jody Gerson.

In 2020, China’s Tencent Holdings Ltd completed the purchase of a 10% stake in Universal Music Group in a transaction worth more than $3bn.

UMG, which operates in more than 60 countries.

It is one of the “big three” recording companies and the third-largest in the global music industry, after Universal Music Group (UMG) and Sony Music Entertainment (SME).

The company owns and operates some of the largest and most successful labels in the world, including Elektra Records, Reprise Records, Warner Records, Parlophone Records (formerly owned by EMI), and Atlantic Records.

Sony Music Entertainment which is also known as Sony music is an American multinational music company.

It is run by CEO Rob Stringer, Sony Music counts brands such as Epic Records, Columbia Records, and RCA within its frontline label family.

Island was founded in July, 1959 by Chris Blackwell, Graeme Goodall, and Leslie Kong in Jamaica, with a particular focus on music and artists emerging in the Caribbean.

Island Records UK, based in London, is part of Universal Music UK, and is currently led by President Louis Bloom.

It combines the activities of a music publisher and a record label.

ABC Records was an American record label founded in New York City in 1955. It originated as the main popular music label operated by the Am-Par Record Corporation.