Former Kiambu Governor Ferdinand Waititu has lost Sh52 million he had paid as a deposit to acquire Solar House a building in Nairobi CBD.

Justice Jacqueline Mogeni allowed General Properties Ltd to keep the money after ruling that Waititu had breached the contract, this was according to court documents.

The agreement signed by both parties stated that the politician was to pay Sh52 million and pay the balance of Sh468 million within 90 days.

Two local banks declined to advance him the loan thus Waititu was unable to meet the deadline . Waititu was transacting using Saika Two Estate Developers where he is a director. However, the company was put in the spotlight after the Ethics and Anti Corruption Commission began investigations into the firm.

EACC said that he used the company to receive kickbacks when he was the Kiambu governor. thus accusing Waititu of corruption .

Solar House owners sued him and asked the court to allow them to keep the deposit for breach of contract.

A restriction that had been placed by Saika preventing transactions involving the building was lifted by the judge .

“A person who lodges caution over any property is one who claims right whether contractual or otherwise. Saika has not raised any objection on why the caveat should be removed. The court finds that there is no basis for continuing to have the caveat lodged against the said title,” she said.

In his defence, Waititu claimed that the building’s value was based on false rental income and thus unable to secure the loan. 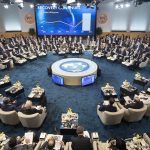