The first ever Walkman was created for Sony’s co-founder Masaru Ibuka as a favor. Ibuka wanted something portable so he could listen to opera on a long flight, so the engineers cobbled something together. He was impressed, and the Walkman was born.

This allowed the user to listen to music through headphones while walking, jogging or relaxing. The spread of personal stereo devices contributed to tape cassettes outselling vinyl records for the first time in 1983.

This is the first Walkman ever made and is widely regarded as the first ever portable music player. Everything that came afterward came from this. The TPS-L2 cost around $200 and despite the high price, did well.

WM-2 ( Also known as “Walkman II”) came out before WM 1. It replaced the TPS-12 as the smallest cassette player, being only slightly bigger than an actual cassette. Despite being more expensive ($140) than many of the previous models, the WM-2 was the best-selling of all the versions.

It is the solution to a personal yet universal problem. Mixtapes existed before the invention of the Walkman, made popular by early hip-hop artists and DJs as a way to show off their ability to make new sounds by combining existing music. 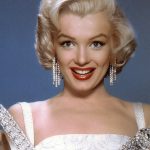 Marilyn Monroe, One of the best American Actresses in history. Who’s she? 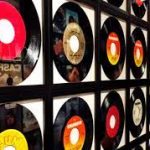