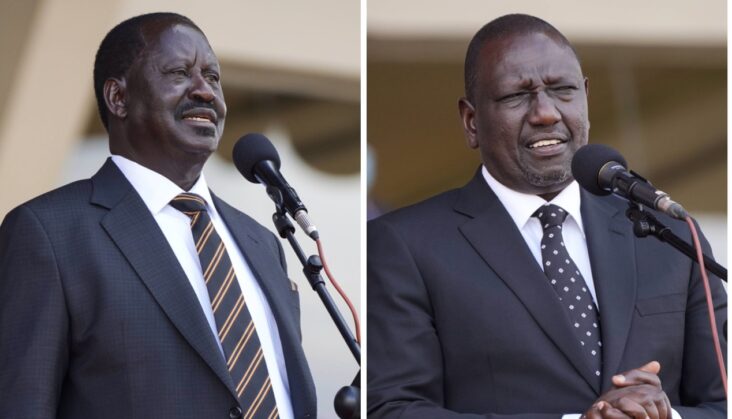 Substantive Truth vs Doctrine of Necessity

The Supreme Court of Kenya (SCOK) is a political Court to defend constitutionalism, democracy and the rule of law.

To deliver justice for lasting peace. It has concluded the hearing of petitions to nullify the declaration of William Ruto;

As President-elect of the Republic of Kenya. A they retire over the weekend to consider and write their judgement;

They will need to revisit succession politics after the 2017 presidential election. To establish a trend that has made history to repeat itself;

On issues the same Court ruled that should be fixed in the country’s electoral management system.

The week’s court proceedings have revealed that, impunity and political capture of the Chairperson (Chebukati);

Of the Independent Electoral and Boundaries Commission (IEBC) is the impediment of implementing the Constitution of Kenya 2010.

The SCOK should trace foot prints to the UhuRuto 10-10 covenant to establish the political mischief;

That makes Kenyans to be held captive by the political class. It’s the source of herd mentality in the election of Kenya’s Chief Executive Officer (President).

Yet, the Constitution anticipates Kenyans to make choices from informed positions as individuals. Based on ideologies, policies and principles of aspirants to elective positions.

What happens is the creation of euphoric waves that herd groups of people. To vote without personal conscience and start complaining immediately.

If the SCOK Judges trace UhuRuto 10-10 route, they will uncover a 2-pronged common plan. Between the Dynamic Duo and Chebukati to achieve the covenant.

Following the nullification of August 08, 2017 presidential election results. This is possible when you join dots of events from the mock swearing-in ceremony;

Of The People’s President (TPP) through the March 09, 2018 Handshake. That culminated in the aborted Building Bridges Initiative (BBI).

The handshake was mooted to, first, restore calm and enable Uhuru to govern the country in peace.

It’s possible only if the ambitious Raila was tamed. He likes to be in political limelight and attribution of success in his Nyanza backyard.

Uhuru would front him for appointment to Envoy for Infrastructure Development in Africa and initiate infrastructure projects in his Nyanza backyard.

In the meantime, Uhuru freed Ruto from his duties as personal assistant through Executive Order No. 1 of 2019.

He retained powers of Deputy President but without authority for accountability. This plan enabled Ruto to entrench himself in the Mountain Region.

To ring-fence it together with Arap Valley. As Raila remained busy with the Envoy post and even receiving reports from Cabinet Secretaries.

That their regions were excluded from the handshake projects. They caused disillusionment against Raila in their backyards. And formed One Kenya Alliance (OKA).

Ruto got the opportunity to make in-roads into the Raila-orphaned areas. The common plan was to help Ruto sell his candidacy early enough.

By retaining Uhuru’s votes in Jubilee strongholds while slicing another junk of votes in former NASA strongholds.

The strategy was to let him win the 2022 presidential election with a landslide. With Raila in mind as the main opponent.

In case the landslide victory couldn’t happen, plan B was to compromise the IEBC and Chebukati came handy, to manipulate the electoral process.

He’d been injured by the nullification of August 08, 2017 presidential election results. And would be happy to co-operate and send Raila home, in his last election to preside over.

The mischief of Chebukati was pronounced during the launch of Verification of Signatures of the Building (‘Breaking’) Bridges Initiative.

He feigned that it’s typing error. The IEBC Chairperson had been shunned by fellow Commissioners.

One Man Show at IEBC

Mr. Chebukati and two Commissioners stayed put despite calls for their resignation or removal from office.

For bungling previous presidential elections with impunity. Raila was blinded to imagine that the BBI project, would provide the door for their legal departure.

The project died at the High Court and buried by SCOK. All this time, IEBC was Chebukati and Chebukati was IEBC.

Procurement of the KIEMS technology and other essential election materials was guided by Chebukati and his two colleagues.

By September 2021 when four Commissioners were appointed to make the quorum, there was little left in the policy decisions.

To procure goods and services for the impending General Elections. The IEBC Chairperson and the Secretariat, had already agreed on the rigging routes.

It’s too late to socialize the new entrants into the plot. That may explain why Chebukati assigned them domestic chores.

At the crucial hour of executing Article 138, which duty was handed to Guliye (Commissioner) and Marjan (CEO).

It’s the main hurdle that Chebukati has been vilified for violating Article 138 and the SCOK should name him if satisfied by the petitioners prayers.

The SCOK proceedings contain lessons for both lawyers and laymen and women. There were nine petitions but two were dismissed on technicality.

The rest were consolidated into one with Raila-Karua becoming first and main petitioners. The petitioners came to Court armed with proper missiles.

To persuade the Court to nullify the presidential election. The IEBC and Ruto teams approached the Court with the misconception that;

Ruto’s victory was dusted and the petition was fiction and frivolous. They got it wrong. The IEBC wasted time on power point presentation (lecture).

On what’s expected of IEBC in conducting a presidential election. Responses to the petitioners’ affidavits were mere political statements.

That would elucidate laughter if it were not in the SCOK climate. For example, Prof. Kindiki had the audacity to insinuate that;

After knowing that Ruto had won and their mission was to press the Commission to announce Raila or moderate the figures, to cause a fresh presidential election.

Prof. Githu Muigai had already lauded Chebukati as a hero, for standing to be counted in protecting the Constitution.

That’s the lowest level the respected former AG could reach, thinking he’s helping the Court to exonerate Chebukati from violation of the Constitution. And blame victims.

In the rejoinder, the petitioners demonstrated the penetration of the IEBC KIEMS technology by Venezuelans.

Yet, the KIEMS kits described in the IEBC presentation were meant to be specific to polling station such that none should work in more than one station.

Even neighboring ones. Another anomaly flagged is where the color JPEG picture of F34As appeared in the public portal in black and white.

Another interesting development was that the Smartmatic International, publicly announced that it won’t open servers as per the Court order.

For reason that it would infringe on their intellectual property rights. It’s amazing that tax payers spent billions of Kenya shillings.

On the technology patented in the name of the foreign contractor. Another illegality committed by IEBC was printing two identical sets of F34A.

With separate and distinct serial numbers, whose plan was for them to substitute each other in targeted polling stations.

Another illegality was omission to print F34B. It was demonstrated that various F34Cs were generated by the system, instead of only one that contains collated results from F34Bs.

The petitioners proved that the Venezuelans infiltrated the IEBC on August 09, 2022. Yet, IEBC had averred that they were locked out of the system, before the date of election.

It means that the foreigners were authorized to access the servers from any location, on the globe contrary to IEBC’s defense of the system.

The threshold of proving election rigging went beyond any reasonable doubt. Who were involved in this plan B of fulfilling the UhuRuto10-10 covenant?

It’s instructive to note that the system flagged and dimmed the irregularity involving the Venezuelans saga.

Clumsy Defense of the Venezuelans

Chebukati condemned their arrests and made alarming allegations on confiscation of all electronic items from the foreigners.

Ruto castigated DCI Kinoti at campaign rallies, asking him to leave IEBC and Chebukati to work.

If Chebukati is indicted in the violation of the Constitution, it goes without saying that he’s doing for the benefit of a presidential candidate.

In fact, Apollo Mboya stressed that Chebukati was an agent of a presidential candidate and the later was Chebukati’s agent.

They are conspirators and both should face the same fate from prayers of the petitioners. It’s now for the SCOK Judges;

To ensure that the SUBSTANTIVE TRUTH DEFEATS THE DOCTRINE OF NECESSITY. 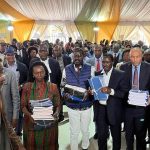 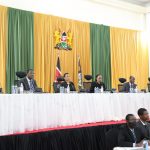