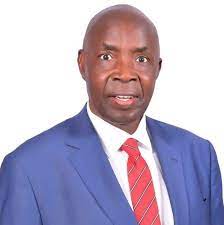 Ezekiel Machogu Ombaki is a known and respectable Kisii politician who has been in national service in the country for decades .His appointment today by President Ruto as the Education CS has the country asking who is this well-composed lawmaker.

Here is all information you need to know about the new education CS.

The new education Cs Mr Ezekiel Machogu Ombaki was born on 1st January 1956 in Nyaribari Masaba Kisii county. He is married and has children but he has decided to keep his personal information private. This is with regards to his parents, relatives and kin.

Also Read: The Best at SEO and Data Science.

The year 2008 earned him a position, where he worked at the Public Service Commission as a Senior Deputy Secretary. In 2017, Ezekiel Ombaki joined the Kenya National Assembly as a Member of Parliament for Nyaribari Masaba Constituency.

Machogu shot his first shot at competitive politics in 2017. Here he was running for the position of member of parliament for Nyaribari Masaba Constituency which he won.

He was contesting the seat with the National Agenda Party of Kenya. He also contested for the Kisii county gubernatorial seat in the 2022 general elections where he was defeated by Simba Arati.