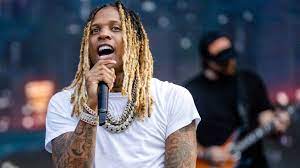 The Chicago native was previously romantically linked to rapstress Dej Loaf and had relationships with other women outside of the music industry.

The ‘Backdoor’ rapper and Royale welcomed their first child together, a daughter named Willow, in October 2018.

In January 2020, rumours surfaced claiming Durk and India were separating after they unfollowed each other on Instagram.

At the time, Durk alleged India had cheated on him with Young Thug on his Instagram Story. However, he later doubled back on his claims and wrote, “Don’t get shot tryna be the n***a to comfort my b***h while we goin thru it.”

Responding to the cheating rumours, he later tweeted, “India did not cheat on me she to 1000000 for that and respect herself 2much we will never let the internet break up our home y’all can keep trying tho. We don’t care frfr.”

Back in September 2020, Lil Durk and India sparked rumours they were engaged after the rapper shared a photo of a ring followed by a photograph of him kissing his long-term girlfriend.

The star used the photos as a way of slamming rumours that they had broken up, as the caption read, “Save the bulls**t we ain’t never breaking up!!!! ReaL goals YouTube : INDIA ROYALE.”

So who else has Lil Durk dated? Check out the rapper’s dating history below.

Their relationship was short lived, with it beginning in November and ending in December that year.

The Atlanta model goes by the name of Takala W on her Instagram account, which boasts over 152k followers.

She has been an ambassador for Pretty Hair Weave and also worked as a club promoter at the nightclub SL Lounge ATL.

In 2015, the pair began spending a lot of time together and collaborated on a few songs. They released their hit ‘My Beyonce’ in November of 2015.

When the pair were photographed together and were seen kissing on stage, it seemed they had publicly confirmed their relationship.

However, they broke up by the end of 2016. In an 2016 interview with XXL, Loaf revealed that although she and Durk weren’t together anymore, but they remained friends.

Speaking about their break up, Durk said “It’s just she super busy, I’m super busy and we need some time together so we can grow.”

In 2011, the couple welcomed their first child together, Angelo Banks. Durk was just 17 years old at the time.

On 20 July 2013, it was reported that the pair welcomed their second child together, their daughter Bella Banks. The couple divorced shortly after Bella’s arrival.

A few months after Bella was born, Durk became a father for the third time, but with another woman.

Lil Durk and Mia Burks allegedly dated each other. However, it is unclear when the pair got together and ended.

In a 2017 interview, Mia’s ex friend spoke out to The Chicago Morning Takeover on 107.5 WGCI, alleging the pair dated.

The former friend says that Mia use to date rapper Lil Durk and Ryan Henry from VH1’s Black Ink Chicago.

Stay tuned for the next celebrity stories @thebigissue.co.ke 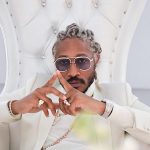 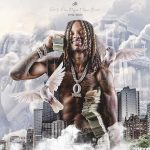