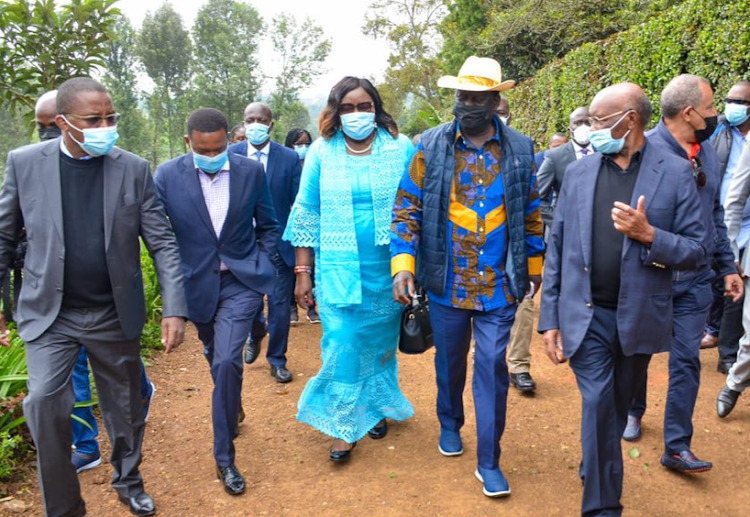 The Mountain politicians led by Kanini Kega have owned up they have never voted for Raila. That’s not news. This time round they will do what was unthinkable in the Region.

Why? Baba is the man to beat because they are cleansing him from the lies they peddled against him. Eugine Wamalwa is the new politician who’s saying he’s never voted for Raila despite Western Region being known to vote for him in every election cycle.

The reason he’s going to vote for him is because he’s never been out of government. He’s mastered the game of smelling who’s likely to win and align with them to be appointed into government.

It’s not the first time all-stars are aligned to a Raila Odinga presidency. The Enigma himself has reminded us not to forget about history, whose sequence is a pointer to future happenings. In the 2007 presidential election, it was 41 against 1, with all-stars pointing to Raila as the next occupant of the House on the Hill.

It was boosted by the ODM Pentagon that isolated the Kikuyu nation. It didn’t happen. The result was a Grand Coalition Government after Kalonzo went Kati Kati, denying Kibaki or Raila an outright victory. In the 2013 presidential election, the Dynamic Duo was indicted by ICC with all-stars pointed at Raila presidency.

The Mountain threw Kalonzo under the bus, making him to reconcile with Raila, increasing prospects of a Raila presidency. Something small happened that people ignore but denied Raila the prize through a run-off. The Enigma installed himself ODM presidential candidate through undemocratic means.

This helped the system to entice Mudavadi. He bolted to lead UDF on whose ticket he contested for the presidency after the ‘mademoni’ slur from Uhuru. Like Kalonzo in 2007, Mudavadi’s name on the ballot spoiled Raila’s numbers, allowing Uhuru to escape a run-off with the narrowest of margins.

Raila never became president. In the 2017 presidential election, Mudavadi, Kalonzo and Raila closed ranks to form NASA with Raila as the flag bearer. All stars pointed at a Raila presidency. They concentrated on winning the presidency, leaving Jubilee Party to gain a lot of seats of five other positions in NASA strongholds. Something happened to the computer servers, leading to nullification of the presidential election results.

Raila never became president but enjoys the trappings of power and public financing of his office courtesy of cloudy handshake with Uhuru. Fast forward to 2022 presidential election. All stars are aligned to a Raila Odinga presidency.

As usual an ALUM euphoric wave has creeped in like a constitutional moment to install Raila the 5th President of Kenya. Now a President who has never visited Western Region is said to be on his way to the region to boost the ALUM wave.

It’s becoming clear that Ruto’s goose in the Mountain is cooked. The odds are against him for lighting fires in the Region. What joined the Dynamic Duo was the ICC emotions they rode on to unite their communities and get power to fight the cases.

They succeeded. That’s now water under the bridge. There’s nothing that will force the Mountain to honour the Duo’s Ten-Ten covenant after they fell out to irreconcilable levels. Without 80% of Mountain votes, Ruto’s chances are nil.

This reality may dawn on Ruto and persuade him to sacrifice his ambitions and support Mudavadi. Everyone acknowledges that there’s no peer of Mudavadi on matters economy. That’s the CHANGE Kenyans are yearning for.

If that happens and Mudavadi’s messaging along the lines of his inaugural speech at the ANC NDC delegates meeting, the tide may change and ALUM wave will be the victim. Fact checking of the figures and facts Mudavadi delivered in his speech by a reputable firm confirmed the truth.

People are tired of Raila’s negative campaign strategy. His untrustworthiness has forced the Uhuru camp to enact the Coalition Parties Act. Uhuru has declared he will name Raila’s Deputy. He now comes along as Uhuru’s puppet.

The change to manual voter identification and transmission is perceived to rig him into office. It’s calculated to make him taste the same medicine he has administered to Kibaki and Uhuru. These are some of the odds that may conspire to make Raila’s presidency a pipe dream on August 2022. 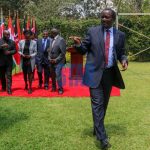