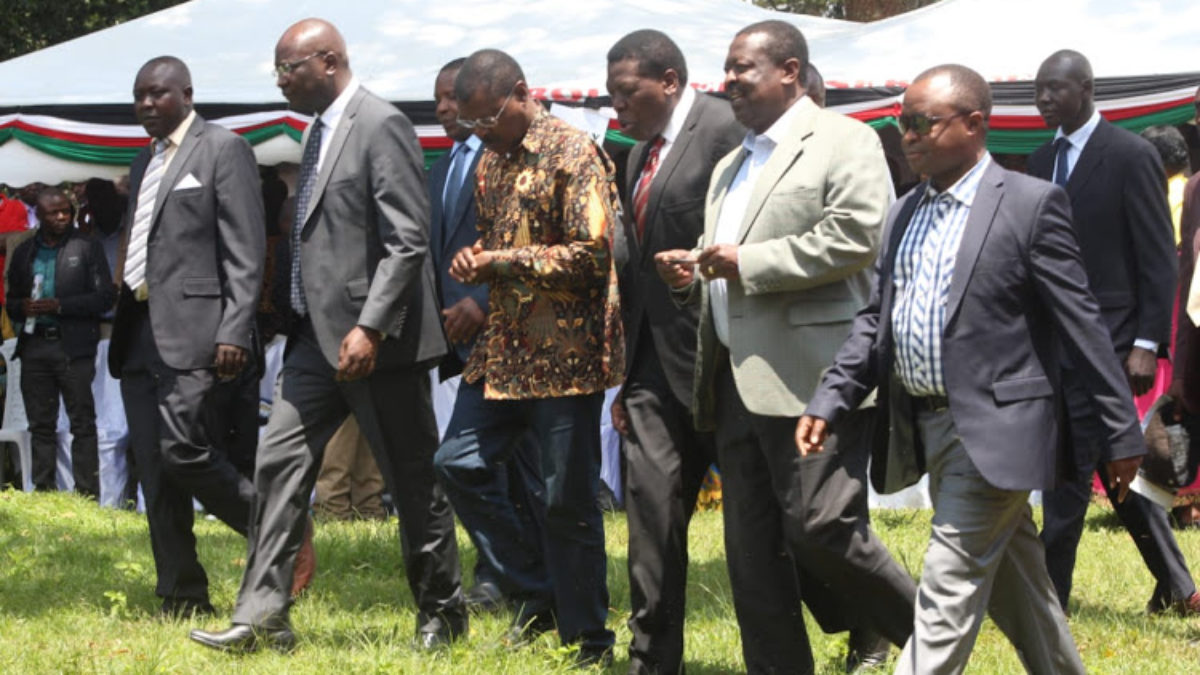 The former Western province is excluded in Uhuru’s National Executive (Cabinet), which allocates the 85% of national revenue.

At the apex and below him is Party Leader and presidential flag bearer, Raila. Next is the Chairman who’s likely to be Kalonzo.

Assisted by four vice chairpersons likely to be distributed to Gideon, Yatan, Karua and Kingi courtesy of being Party Leaders of affiliated parties in the Coalition.

Following Raila’s victory, BBI Constitution will be enacted and the expanded National Executive will include President (Raila).

The Mulembe nation misses out. Their leaders weren’t even recognized during the Azimio NDC.

The same Azimio Coalition has zoned the 5 Mulembe counties and handed three (Kakamega, Busia and Vihiga) to ODM.

Raila is on record

Raila is on record that Mulembe nation doesn’t exist. This is his scheme to remove this populous nation from the national map.

Note that Raila was behind the formation of Wamalwa’s DAP-K but it joined Azimio Coalition through Uhuru’s patronage.

Oparanya, Wamalwa, Jirongo and Wamunyinyi can only be offered ministerial positions if lucky as a favour.

The DAP-K should resist the zoning scheme unless they’re happy with the intent to isolate the Bukusu community from the rest of the Mulembe nation and let Raila dominate the Region.

Voters in the Region should wake up and lock out ODM by electing independents and non-Azimio affiliates.

The Region should free itself from capture by outsiders. That’s my view on future Azimio rule.